'This has turned into a sh*t show': Lindsey Graham peppers DHS secretary after Trump reneges on immigration 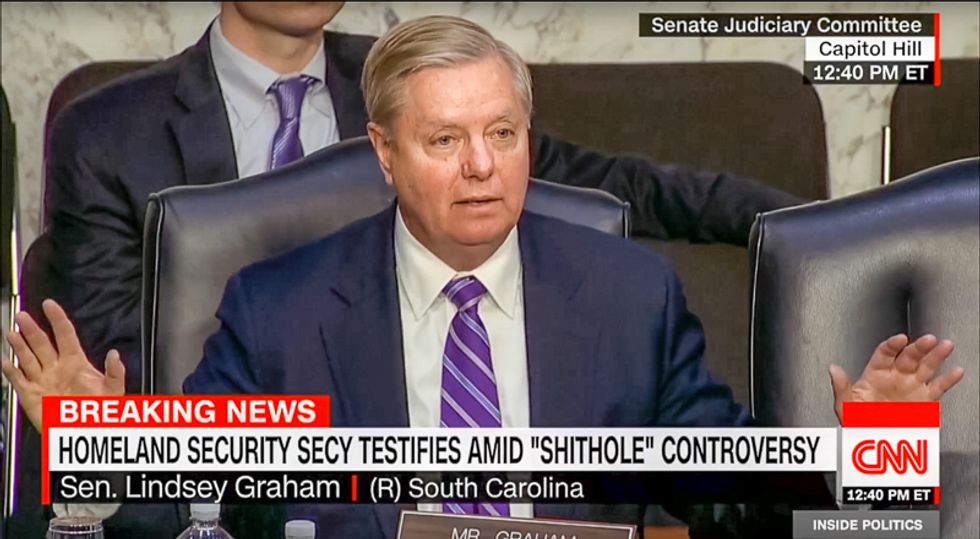 During Nielsen's testimony to the Senate Judiciary Committee, Graham noted that the attempt to make a deal with Democrats on immigration had turned into an "S-show," echoing Trump's alleged remarks about African nations being "shitholes."

"Between 10:00 a.m. and 12 we went from having conversations with Sen. Durbin, which I believe every word," Graham explained. "And by the time we got there, something had happened. So, Tuesday we had a president that I was proud to golf with, call my friend, who understood immigration had to be bipartisan, you have to have border security with a wall. But he also understood the idea that we had to do it with compassion."

"Now, I don't know where that guy went, I want him back," he said, later adding, "This has turned into a S-show."