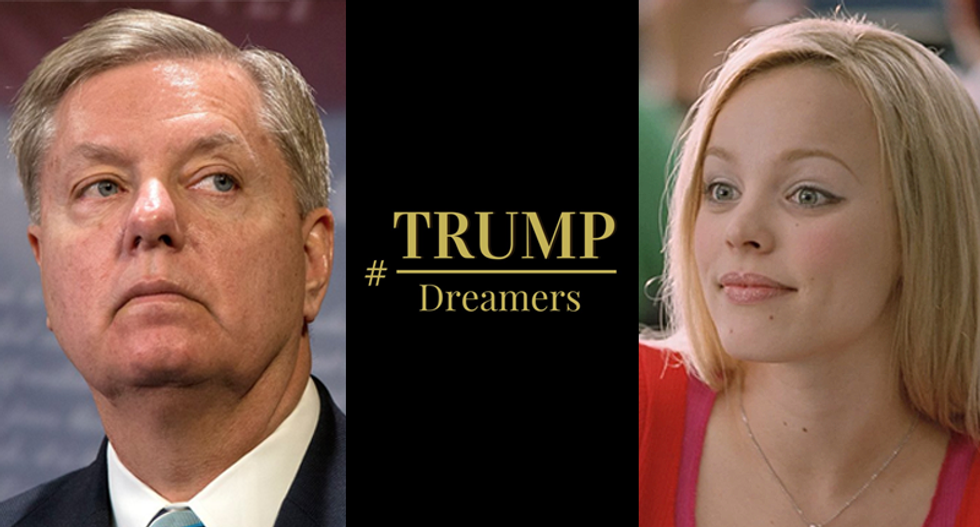 Sen. Lindsey Graham (R-SC) on Thursday unveiled his latest play for Donald Trump’s ego, releasing a series of graphics designed to convince the president his work on a path to citizenship for DACA recipients and other DREAMers would somehow set him apart from his predecessors.

The Internet on Thursday reacted swiftly to Graham’s (and I’m paraphrasing here) sudden case of kiss-ass, noting the GOP Senator seems to be playing to Trump well-documented ego and deep-seated need for praise and adoration.

Read some of the best replies below, via Twitter: