'Why did NBC give him a show?': Sarah Sanders says starring on 'The Apprentice' proves Trump isn't racist 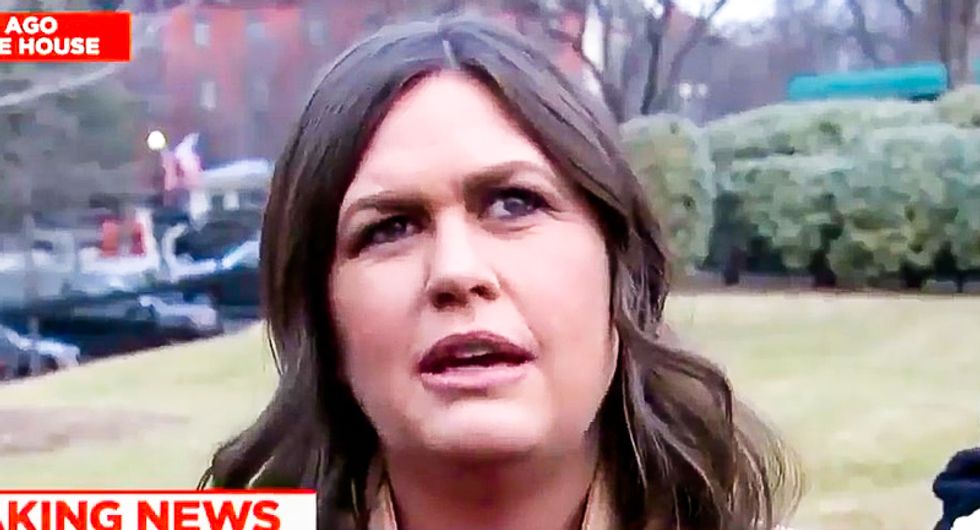 White House Press Secretary Sarah Huckabee Sanders on Tuesday suggested that the fact that President Donald Trump was on an NBC TV show and donated to Democrats is evidence that he's not a racist.

While briefly speaking to reporters on Tuesday, Fox News White House correspondent asked Sanders why the president would not "show you're not a racist [and] cut a deal on DACA [immigration reform]."

Sanders said that calling Trump a racist is an "outrageous claim."

"And frankly, I think if... the president were [SIC] who [Democrats] said he was, why did NBC give him a show for a decade on TV?" Sanders asked. "Why did Chuck Schumer and all of his colleagues come and beg Donald Trump for money? If they are [SIC] who they want to portray him as, why did they want to be with him for years and years in various activities, whether it was events and fundraisers and other things."

"I think it's just and outrageous and ludicrous excuse," she added. "And they need to get onboard and start actually doing what they were elected to do."