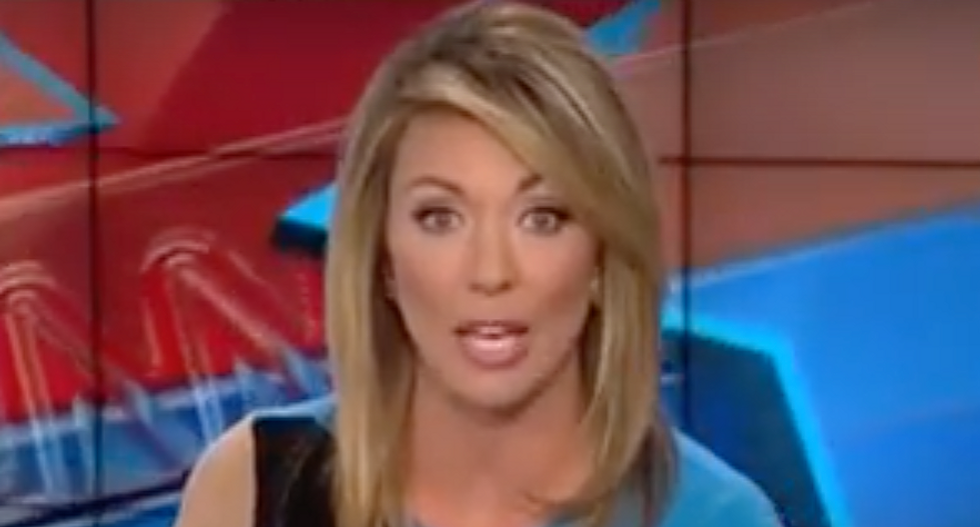 CNN’s Brooke Baldwin on Friday reacted incredulously to reports that Donald Trump once called White House communications director Hope Hicks the “best piece of tail” Corey Lewandowski will ever get.

That anecdote was relayed by Baldwin in the explosive book “Fire and Fury,” by journalist Michael Wolff, which described a conversation with Trump that sent Hicks fleeing from the room.

“There is another excerpt, this is on Hope Hicks, former Trump assistant turned White House communications director, so this is the quote on Hope,” Baldwin began, describing the anecdote. “Shortly after Lewandowski, with whom Hicks had an off-and-on romantic relationship, was fired in June of 2016 for clashing with the Trump family members. Hicks sat in a Trump Tower with Trump and his sons worried about Lewandowski’s treatment in the press and how she might help him. Trump, who seemed to treat Hope in a protective and even paternal way, looked up and said ‘Why, you've already done enough for him. You are the best piece of tail he'll ever have,’ sending hicks running from the room.”

“I mean, again, this is Michael Wolff's account. ‘Best piece of tail' coming from the president? You’ve got to be kidding me!"

Watch Baldwin’s reaction below, via CNN: