'Why? Why? Why?': CNN's Jake Tapper perplexed by Trump's need to lie about State of the Union ratings 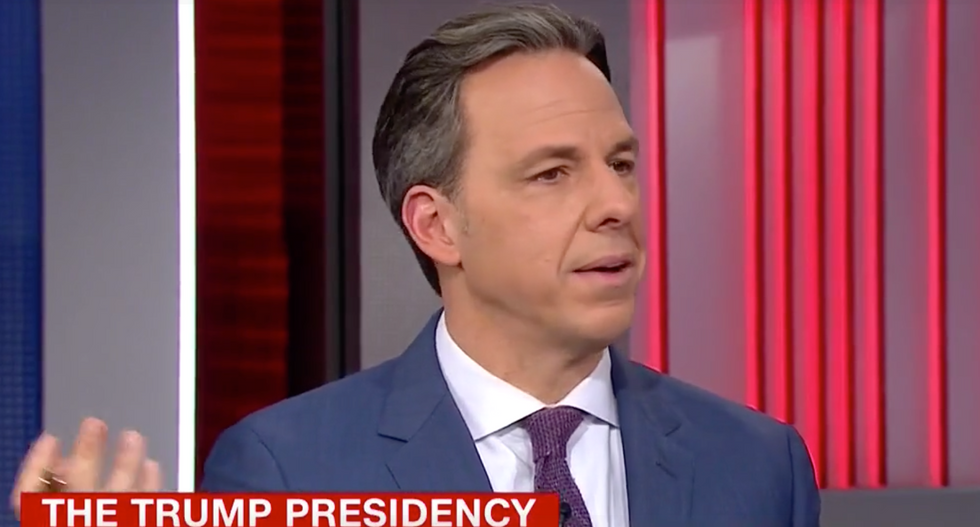 CNN’s Jake Tapper on Thursday appeared exasperated by Donald Trump’s proclivity towards lying, reacting to the president’s most recent tweet by asking, “Why? Why? Why?”

“After a full day of no tweets, we woke up yet to another falsehood in a tweet from President Trump today,” Tapper said on “The Lead,” reading his latest braggadocios—and incorrect—message on Twitter.

GOP strategist Josh Holmes tried to explain away the president’s claim, telling Tapper, “clearly somebody gave him the information, he was proud of it, proud of the job that he did, and, you know, I talked to a couple senators who spoke with him today at the Republican retreat who said that he continued the same kind of tone this afternoon.”

“They feel really good about the way the State of the Union went, and some of the policies that have come from it, and they have been able to unite around it,” Holmes continued. “So, yeah, he's feeling upbeat. I don't know why he does that.”

“You can't explain it?” Tapper pressed.