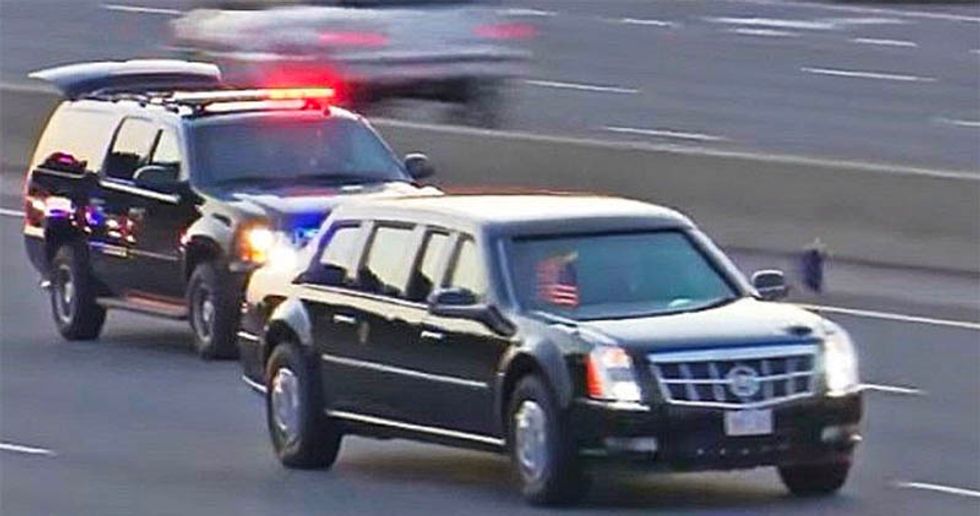 The driver of a van carrying journalists covering President Donald Trump was detained on Monday after Secret Service officials found a gun in his bag during a security sweep before the vehicle was to drive onto the president's Florida property.

The Secret Service said no one had been put in danger.

The male driver told reporters he had forgotten to leave his personal firearm in another vehicle.

He and the other drivers of three media vans were replaced before the vehicles drove on to Trump's Mar-a-Lago compound, where the vans joined the president's motorcade.

"The individual was found to be in lawful possession of a prohibited item (firearm) outside the secure area at a Secret Service security screening checkpoint," the Secret Service said in a statement.

The man could be seen being questioned as journalists were driven away from the area where the security sweeps had taken place.

"The incident was investigated by the Secret Service and our partners at the Palm Beach County Sheriff’s Office (PBSO) and resolved. At no time was any Secret Service protectee in danger or impacted," the statement said.

A pool of reporters travels as part of the president's motorcade in Washington and on domestic and foreign trips. Drivers of the vans are sometimes volunteers and are sometimes hired for the job. The driver on Monday was a hired contractor.