'End of the road for me’: Ex-RNC finance chair refusing to donate to GOP unless it does something about assault weapons 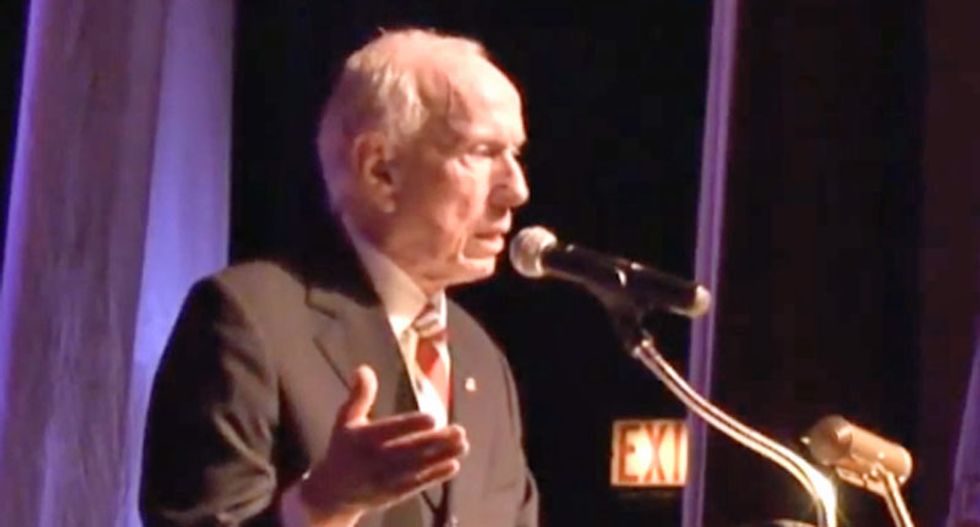 Former Ambassador of the United States of America to the Republic of Portugal Al Hoffman, Jr

Republican former Ambassador Al Hoffman, Jr issued a bold ultimatum to his party, demanding action on gun control before he will give another dime, The New York Times reported Saturday.

“For how many years now have we been doing this — having these experiences of terrorism, mass killings — and how many years has it been that nothing’s been done?” Ambassador Hoffman told The Times. “It’s the end of the road for me.”

Prior to the senate confirmation, Hoffman served as the finance chair of the Republican National Committee.

“I will not write another check unless they all support a ban on assault weapons,” he promised. “Enough is enough!”

The ultimatum was reported the day after Speaker Paul Ryan (R-WI) faced hecklers in Florida for his stance against gun control.

“If we go from Orlando to Las Vegas, and now Parkland, you just have to know that there are others around the country just dreaming about staging another mass murder," Hoffman warned.

And Hoffman is organizing other conservative donors to join his boycott.

“I’m going to email every single donor I know in the Republican Party and try to get them on board,” he said. “We’ve really got to start a little movement here.”