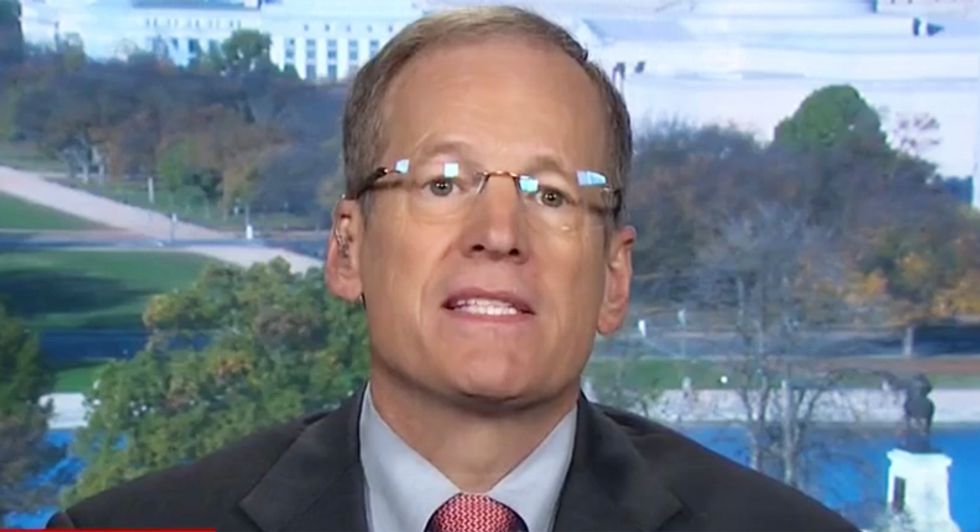 CNN viewers on Tuesday demanded that the network fire conservative contributor Jack Kingston after he suggested that students who survived the mass shooting in Parkland, Florida were being organized by liberal activists.

During an interview on CNN, Kingston asserted that students organizing for gun safety laws were being "hijacked by left-wing groups that have an agenda."

"I would say to you very plainly that organized groups that are out there like George Soros are always ready to take up the charge, and it's kind of like instant rally, instant protest and those groups are ready to take it -- take it to the streets," he added.

The remarks outraged CNN viewers, who wondered why Kingston was given a platform to speak on CNN. Some viewers called on the network to terminate the former Republican congressman.

After what Jack Kingston just said on CNN they should fire him just like Jeffrey Lord. fire Kingston now...
— Jeff MacFarlane (@Jeff MacFarlane)1519132879.0

Jack Kingston is the present day Jeffrey Lord. Who is Jeffrey Lord? Hopefully we’ll be asking the same thing about @JackKingston next year.
— AltEPA (@AltEPA)1519134890.0

I was listening to Jack Kingston insinuating those articulate students who have lived through this terrible event a… https://t.co/niRHlh7qUh
— flygurl45 (@flygurl45)1519135334.0

jack kingston should be a commentator on a right wing propaganda machine like slanted Fox news not CNN
— Joseph A. Tulli (@Joseph A. Tulli)1519140473.0

GOP lawmaker: 'Nearly everything that plagues our society' is because of marriage equality

Rep. Bob Good (R-VA) argued on Tuesday that nearly every problem in modern-day society was created by not following "God's rules" for marriage.

The remarks came while Good was speaking on the House floor in opposition to a bill that would reauthorize the Family Violence and Prevention Services program.