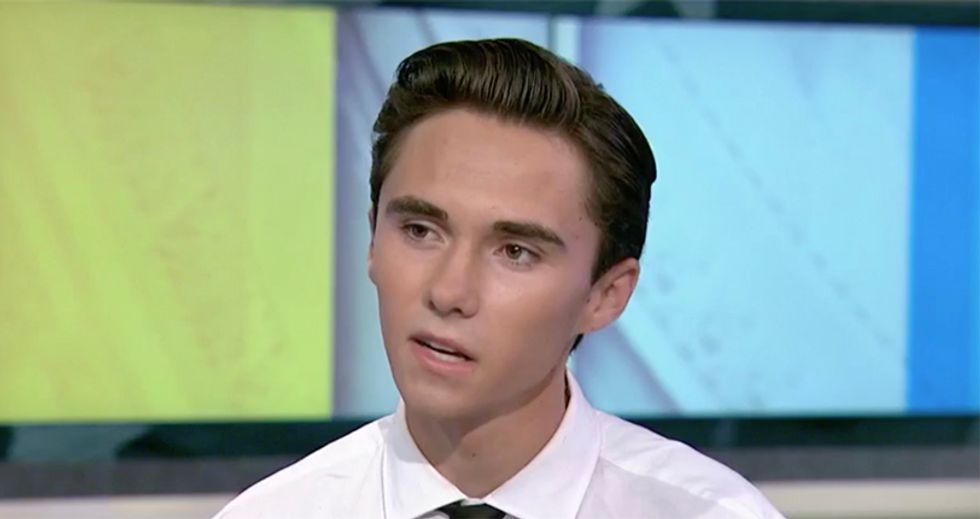 National Review writer Charles C.W. Cooke suggested the 17-year-old activist had "chosen to insert himself into an important national policy debate," and he argued that conservatives who "disagree with his views on guns have a duty to speak up against them."

Twitter users argued that Hogg had earned his national platform after watching 17 of his classmates and teachers gunned down two weeks ago at his high school.

"Has chosen to insert himself" sounds like such astonishing effrontery, until you take a breath and realize it mean… https://t.co/sWA9KPGkkr
— David Simon (@David Simon) 1519793454.0

@NRO @charlescwcooke Siding with the NRA against a child who survived a mass shooting at his school is a bad look. He didn’t insert himself.
— MB (@MB) 1519787762.0

@Weinsteinlaw @JoyAnnReid He didn’t choose to insert himself, but instead chose to rise and fight back once he was… https://t.co/PBlImzXM4o
— AngelRae (@AngelRae) 1519790266.0

Conservative media could have said, "These students have been through the unthinkable and we welcome their ideas."… https://t.co/IGbuVHyC0X
— Schooley (@Schooley) 1519789379.0