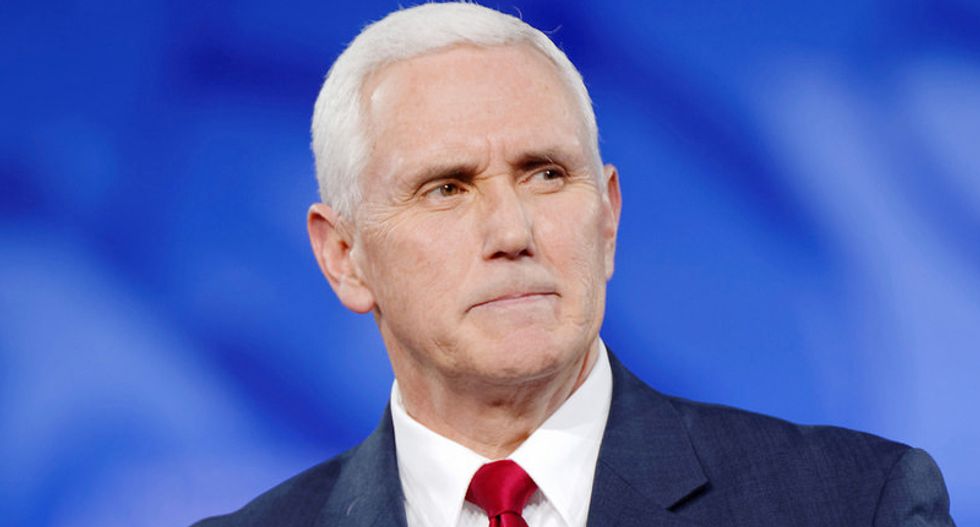 Vice President Mike Pence rallied thousands of conservative activists on Thursday to fight back against a Democratic drive to take over the U.S. Congress in 2018 elections, calling it crucial to advance President Donald Trump's agenda.

Pence spoke at the annual gathering of the Conservative Political Action Conference, a traditional venue for Republican leaders that this year has largely been dominated by pro-Trump forces who helped Trump in his unlikely victory in the 2016 election.

Republicans face some headwinds in November's midterm elections as they try to hang on to majorities in both the U.S. House of Representatives and the Senate. Democrats, motivated by Trump's chaotic presidency, feel they are poised for big victories.

Trump is to address the group, meeting in a suburb of Washington, on Friday.

"The other side is motivated. The other side is mobilized. And so today, to the men and women of this conservative movement, I admonish you: Let this be the day that we as a movement decided to deliver another victory for the American people in 2018," Pence said.

Pence described Democrats as wedded only to fighting Trump and doing little else for the country: "Their platform can be summed up in only one word: Resist. Resist our policies. Resist our president, and resist the progress the progress that you and I and our entire movement has fought for so hard, so long, to achieve."

Pence, who led the U.S. delegation the opening ceremony of the Winter Olympics in South Korea earlier this month, also focused on a familiar theme for Trump supporters - attacking the U.S. news media.

In this case, he accused the media of fawning over Kim Jo Yong, the younger sister of North Korean leader Kim Jong Un. She attended the opening of the Olympics and got a red-carpet welcome from South Korean President Moon Jae-in but was shunned by Pence.

He called her "a central pillar of the most tyrannical and oppressive regime on the planet, an evil family clique that brutalizes, subjugates, starves and imprisons its 25 million people."