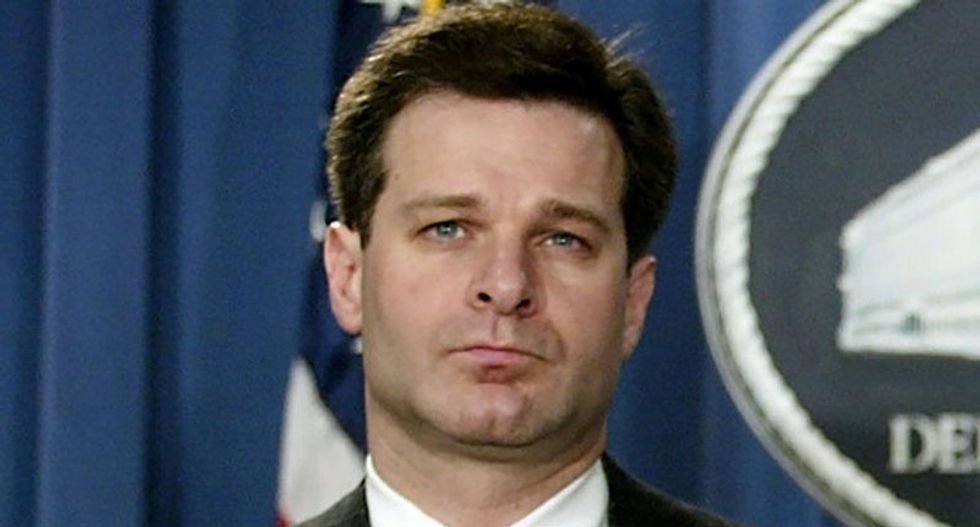 Pressure is mounting on the FBI director to resign after his agency admitted it failed to investigate a warning that the man accused of killing 17 people at a Florida high school possessed a gun and the desire to kill.

The disclosure spread angry disbelief among residents of the Miami suburb of Parkland where Wednesday's massacre unfolded, and led Florida's governor Rick Scott to call for FBI chief Christopher Wray to resign.

"The FBI's failure to take action against this killer is unacceptable," Scott, a Republican, said in a statement. "We constantly promote 'See something, say something', and a courageous person did just that to the FBI. And the FBI failed to act."

Scott's comments came after the Federal Bureau of Investigation said in a statement that a person described as someone close to accused gunman Nikolas Cruz, 19, called an FBI tip line on Jan. 5, weeks before the shooting at Marjory Stoneman Douglas High School, to report concerns about him.

"The caller provided information about Cruz's gun ownership, desire to kill people, erratic behavior, and disturbing social media posts, as well as the potential of him conducting a school shooting," it said.

That information should have been forwarded to the FBI's Miami field office for further investigation, but "we have determined that these protocols were not followed", it said.

U.S. Attorney General Jeff Sessions said he has ordered a review of FBI procedures following the shooting, carried out by a gunman armed with an AR-15-style assault rifle and numerous ammunition cartridges.

"We have spoken with victims and families, and deeply regret the additional pain this causes all those affected by this horrific tragedy," Wray said in a statement.

The FBI has also separately been criticized by some Republicans over its investigation of allegations of Russian meddling in the 2016 presidential election, heaping further scrutiny on the agency led by Wray since President Donald Trump fired James Comey last year. Russia denies any involvement.

The mishandled information followed a tip-off to the FBI in September about a YouTube comment in which a person named Nikolas Cruz said: "I'm going to be a professional school shooter."

The FBI said it investigated that comment but was unable to trace its origins, closing the inquiry until Cruz surfaced in connection with Wednesday's shooting.

Broward County Sheriff Scott Israel told a news conference his office had received about 20 "calls for service" in the last few years regarding Cruz and would scrutinize all of them to see if they were handled properly.

But Israel said law enforcement should not be held responsible for Wednesday's tragedy. "The only one to blame for this killing is the killer himself," he said.

More vigils and funerals will be held over the weekend in and around Parkland. Two gun shows and a rally calling for the firearm safety legislation are due to be held nearby.

"We cannot have one more family, one more student, one more life taken because of a failure to hear and enact comprehensive firearm safety legislature in Florida," said organizers on Facebook of the rally to be held at the federal courthouse in Fort Lauderdale on Saturday.

Organizers of the gun shows to be held in Boca Raton and at the Miami-Dade County’s fairgrounds could not be reached by Reuters.

The massacre has raised concerns about potential lapses in school security and stirred the ongoing U.S. debate pitting proponents of tougher restrictions on firearms against advocates for gun rights, which are protected by the U.S. Constitution's Second Amendment.

Some political leaders including Trump have said mental illness prompted the shooting. Cruz had been expelled for undisclosed disciplinary reasons from the school where the attack occurred. Former classmates have described him as a social outcast trouble-maker with a fascination for weaponry.

Some relatives and friends of shooting victims blamed Florida's lenient gun laws, which allow an 18-year-old to buy an assault rifle. Outside a vigil on Friday, a sign read: "Kids don't need guns. No guns under 21."

On Friday, Trump and first lady Melania visited survivors, victims and medical staff who have treated the injured. He later appeared at the Broward County Sheriff's Office, along with the governor and other politicians, offering praise to first responders.