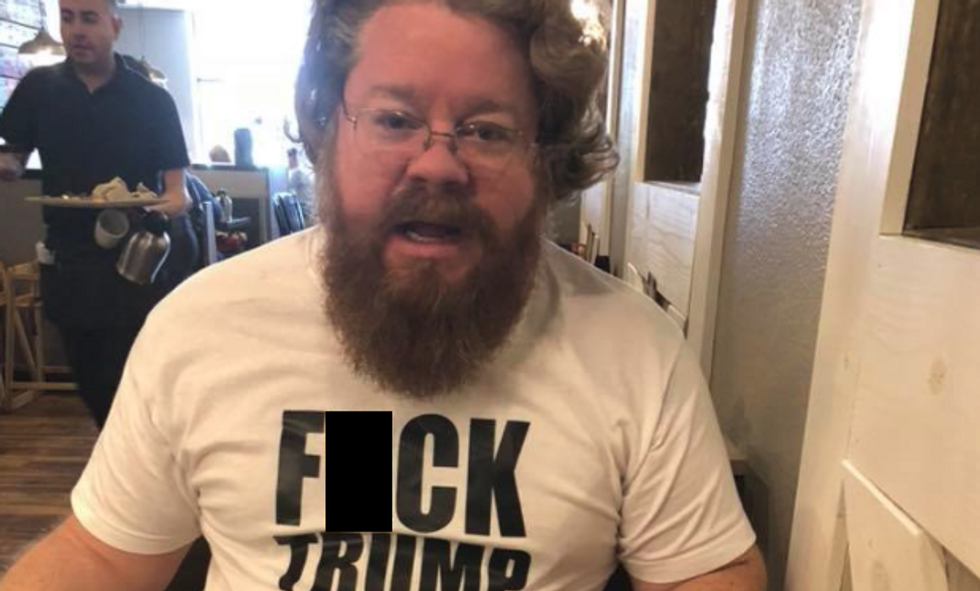 Garland, Texas resident Andy Ternay over the weekend was asked to leave a local restaurant because he was wearing a t-shirt that said, "F*ck Trump -- and f*ck you for voting for him."

Writing on Facebook, Ternay explains that he wore his shirt to a local restaurant when he went out for breakfast on Sunday morning. He says that a manager approached him and asked him to leave because children in the restaurant might see his shirt.

"I expressed deep sympathies and let her know that explaining 'grab ‘em by the pussy' and golden showers to my daughter was equally unpleasant," Ternay writes.

Overall, Ternay says that his shirt got nods of approval from black and Latino employees at the restaurant -- even though many white customers bristled at seeing it.

"Everywhere I go with this shirt, white males sneer and people of color smile and give me thumbs up," he writes. "I think it is very worthwhile to let people of color know they are not alone - that some whites also see the evil of racism is resurgent - and we will fight with our brothers and sisters of color against it."