Trump 2020 adviser goes berserk: Trump gets credit for Obama jobs because he's the real 'Yes We Can' president 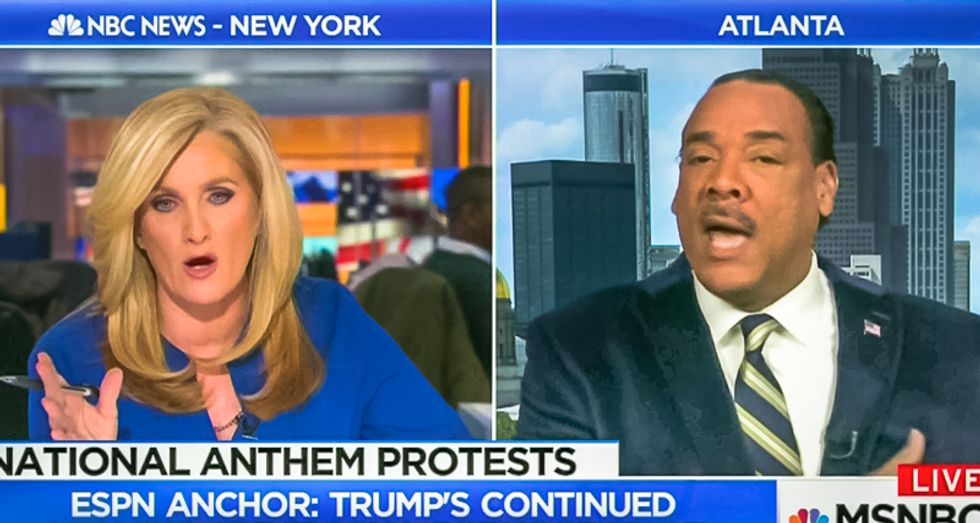 Bruce Levell, an adviser to President Donald Trump's 2020 campaign, told MSNBC on Sunday that President Barack Obama should not get credit for jobs created during his administration because Trump is the real "Yes We Can" president.

During an interview with Levell, MSNBC host Alex Witt noted that Trump has recently taken credit for record-low black unemployment, a trend which started under Obama.

"How is it that President Trump takes credit for it?" she wondered.

"When you are the president of the United States, you know as well as I do, you get the credit, good or bad," Levell replied. "President Trump is the president of these United States of America. The numbers speak for themselves. But what I'm trying to tell you is that you have a leader here in the Oval Office who's putting out this cheer and putting out this euphoria of 'Yes We Can.' We can do all this and we can build this nation, we can build our business. That spills over into our American democracy that people want to make a better change. So, he gets the credit for this! We're not looking back, we're looking forward."

"Do you give the credit to Barack Obama as well?" Witt asked.

"You don't give the credit to Barack Obama for the prior seven years?" Witt pressed.

"He did not grow the GDP!" Levell shouted. "The only thing President Obama grew was $9 trillion of debt."