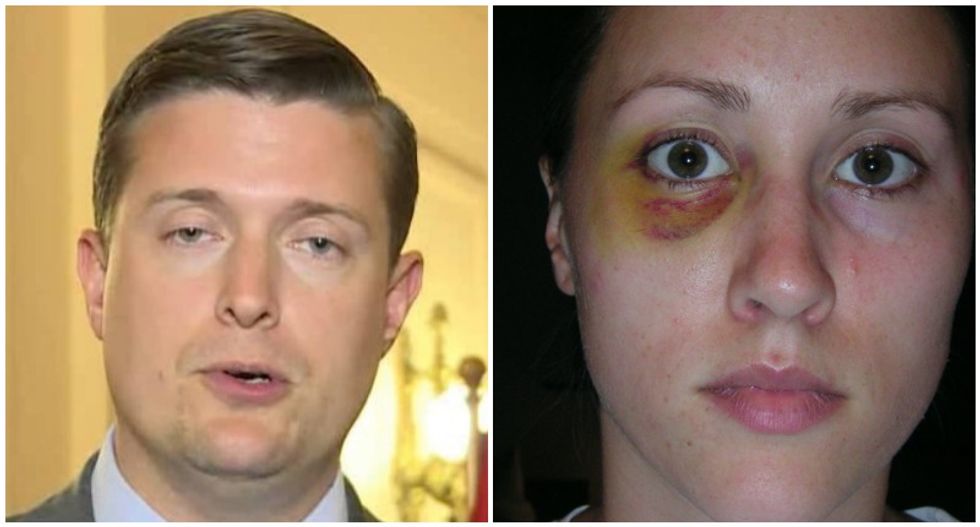 Porter's second wife, Jennifer Willoughby, told reporters he was physically abusive during their marriage, which left her "walking on eggshells" to avoid his explosive anger.

His first wife, Colbie Holderness, confirmed she left Porter because "he was verbally, emotionally and physically abusive."

She shared photos of herself with a black eye she claims Porter gave her.

Both women say they informed the FBI about Porter's abuse during a background check before he started working at the White House.

President Donald Trump's chief of staff John Kelly defended Porter after the women went public, saying the White House official was "a man of true integrity and honor, and I can't say enough good things about him."

But Porter, who denies the allegations, stepped down Wednesday.