Don Jr. was so cheap that Vanessa Trump had to ask her mom for money: report 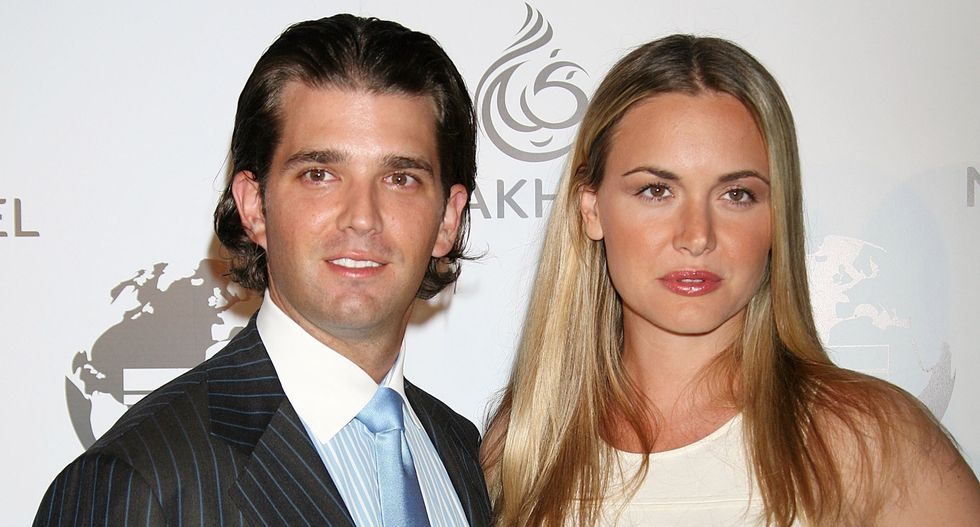 Despite being the son of a billionaire, Donald Trump Jr. reportedly was stingy with his wife Vanessa Trump — to the point where she had to ask her parents for money.

Page Six reported Monday that according to friends, Trump Jr.'s soon-to-be ex-wife is divorcing him because he "treats her like a second-class citizen," and kept her on a much "tighter budget" than one would expect.

"He gives her very little help and has been keeping her on a tight budget," a source close to the divorce told Page Six. "She doesn’t live a lavish life and can very rarely pick up a check at dinner."

Sources also say that the couples' problems go as far back as 2005, before their marriage — and that Vanessa was shopping around for divorce lawyers before her husband's father won the election in 2016.

"She was interviewing divorce lawyers before [Trump’s presidency]," another source said. "No one thought he’d win. He won and she decided to stay until his term is over. But she just couldn’t stand it any more."

Despite Page Six's reporting based on their sources, Vanessa's spokesperson said "the notion that she has had to rely on her family for assistance is absolutely false and utterly ridiculous."