'It’s going to be so much fun:' 13-year-old who shot himself in Ohio had '8 point plan' to massacre classmates 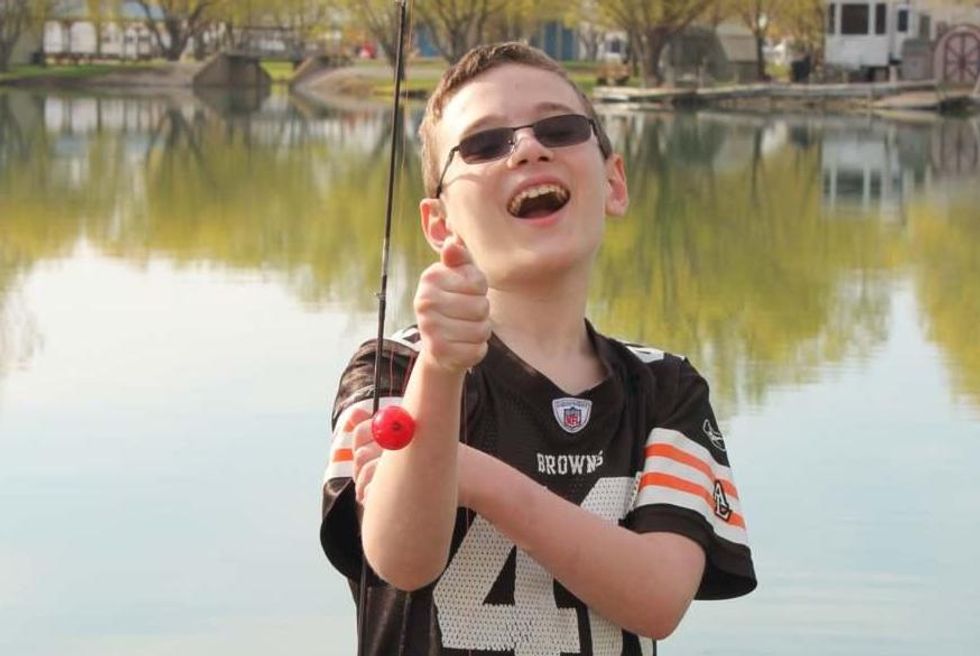 Chilling new details have emerged regarding the suicide of Keith Simons, 13, a boy who shot himself inside an Ohio middle school last week.

Simons came to school with a .22 rifle and about 80 rounds of ammunition on February 20. According to a new report in the Akron Beacon Journal, he hid the rifle in the leg of his pants and rode the bus to school.

On his phone, he had an eight-point memo discussing his plan.

“When they interview my parents and ask how they didn’t see the signs, they should know it’s not them, it’s me and it’s because of how I see the world,” he wrote. “I’d hurt and destroy something bigger but my school’s an easy target.”

The boy had been inspired by the 1999 Columbine shooting, Jackson Township Police Chief Mark Brink said, and hoped his shooting at Jackson would inspire others after his death.

In the memo, Simons wrote that he had considered shooting up his school for months but started planning in earnest after the Parkland shooting. He said the attack would be “bigger than anything this country’s ever seen” and that he "will never be forgotten."

“I’ll look in to those scared little britches’ [sic] eyes before I kill them,” he wrote. “Now I’ll have followers because I’m so awesome... I know someone will follow me just like I followed [the Columbine shooters]. … They say school shootings are horrible but they don’t think like us, like me and [the Columbine shooters]... it’s going to be so mutch [sic] fun. They won’t expect a thing.”

Rather than shoot anyone else, Simons went into the bathroom and shot himself. He was alive when paramedics arrived and later died at the hospital.

The boy's funeral is Saturday.