GOP's Sean Duffy: Hillary Clinton 'did nothing to protect people from influence of Russians in the last election' 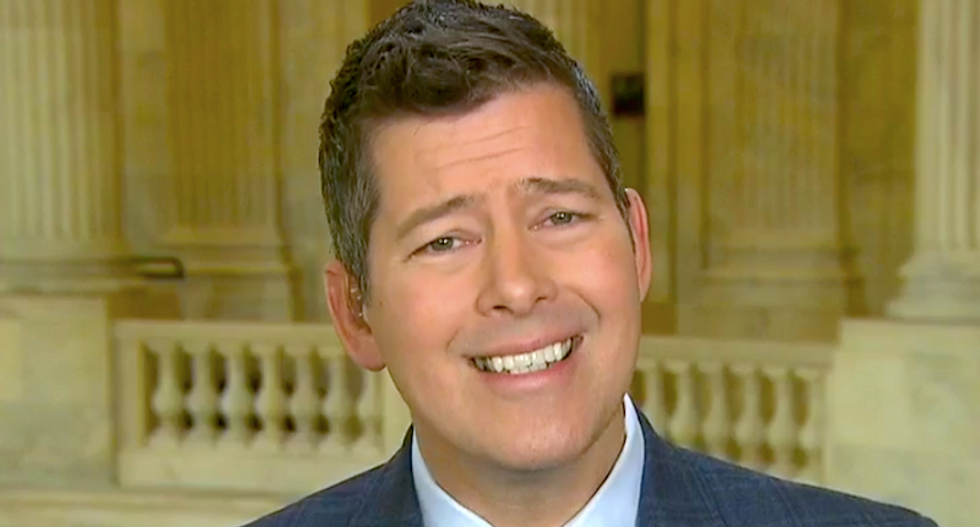 Republican U.S. Rep. Sean Duffy of Wisconsin on Thursday blamed former Democratic presidential nominee Hillary Clinton for not stopping Russian interference in the 2016 U.S. election -- even though she held no government office at the time.

While speaking to Fox News, Duffy reacted to a tweet from Clinton in which she slammed President Donald Trump for failing to act to prevent Russian interference in future elections.

I say this as a former Secretary of State and as an American: the Russians are still coming. Our intelligence profe… https://t.co/g5aLoXCLvS
— Hillary Clinton (@Hillary Clinton)1519832727.0

"First off, Hillary Clinton and Barack Obama did nothing in regard to protect the American people from the influence of the Russians in the last election -- number one," Duffy said. "But number two, this is rich coming from Hillary Clinton, the woman who paid Fusion GPS and Christopher Steele to get dirt on Donald Trump from the Russians and started an investigation on an American sitting president. And also, a woman who helped sell American -- Uranium One to the Russians, giving away 20 percent of American uranium for contributions to the Clinton Foundation."

"All of this coming from Hillary Clinton, she has no shame," he added.

"I feel like I'm in a time warp here going back to the campaign in 2016," Fox News host Bill Hemmer observed.

For the record, both Clinton and Obama warned of Russian interference before the 2016 election, but Senate Majority Leader Mitch McConnell (R-KY) refused to sign on to a bipartisan plan to further warn the American people. Duffy also incorrectly stated that Clinton "started an investigation on an American sitting president." Clinton, however, does not work for the Department of Justice, which is investigating Trump's ties to Russia.

As for Duffy's Uranium One allegation, the claim has been repeatedly debunked by fact checking organizations.

Although Fox News did not disclose it, it's worth noting that Duffy's wife, Rachel Campos-Duffy, is a host at the conservative network.