Rick Santorum shreds Trump's attacks on Mueller probe: 'Looking like he's got something to hide' 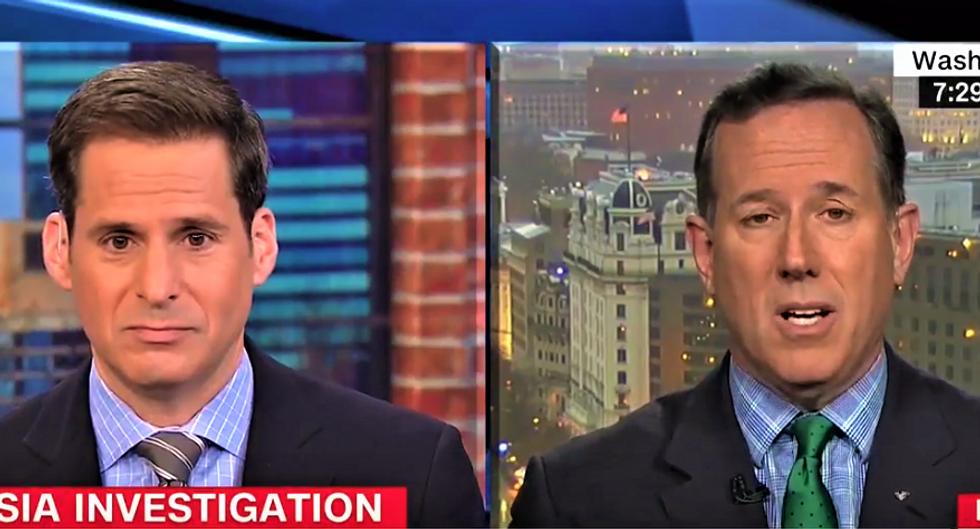 Although former Republican Sen. Rick Santorum typically defends President Donald Trump during his appearances on cable news, he issued a stark warning to the president on Tuesday morning about his attacks on special counsel Robert Mueller's probe.

When asked by CNN host John Berman whether it was wise of the president to hire an attorney who peddles conspiracy theories about the "deep state" trying to frame him, Santorum said that it was not.

"I think, overall, he's making it worse," Santorum said. "Had he been more aggressive on pursuing the national security aspects in the Russian involvement in our election, that would have taken the high ground. Again, you can still take that position and say there was no collusion."

Santorum also said that Trump's attacks on the Mueller probe were not helping him in the court of public opinion because they make it look as though he's guilty of something.

"Calling for the end of the Muller investigation... again, I understand the frustration," Santorum said. "But the president harping about it... as Trey Gowdy said, 'If you're innocent, act innocent.' And right now he's looking like [he wants] this over because he's got something to hide."