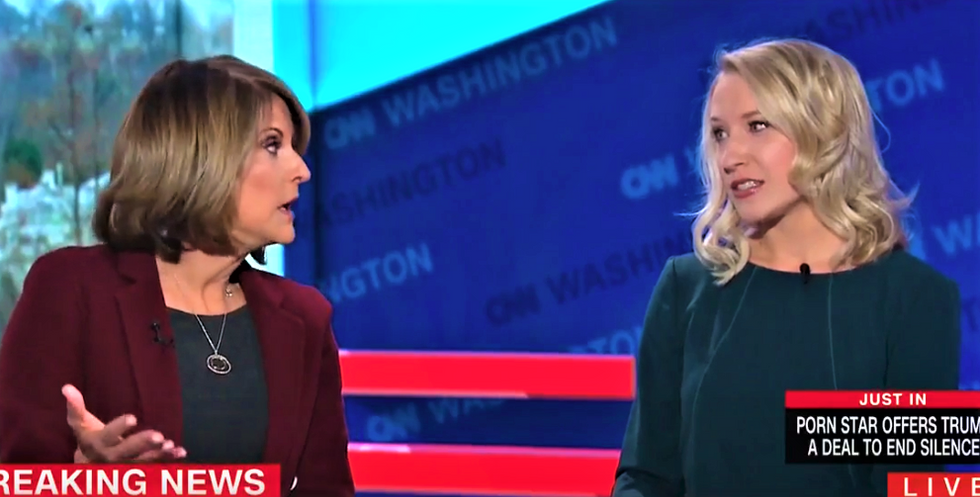 Tuesday's big special election in Pennsylvania's 18th congressional district is shaping up to be a must-win for Republicans -- but a new poll suggests that they are about to suffer a massive loss.

Reporting on a new Monmouth poll of PA-18 showing Democrat Conor Lamb with a 6-point lead over Republican rival Rick Saccone, a CNN panel on Monday said such a result should send panic into the hearts of Republicans -- particularly since it would come in a district that Trump carried by 20 points in 2016.

"This is a district that has been Republican-held for 15 years," she said. "If they lose a district like this, they're in big trouble in the midterm elections."

Bade noted that both Trump White House officials and Republicans on Capitol Hill have tried to preset expectations for a potential loss in the race by dumping on Saccone's candidacy -- but she said that the GOP would overlook the broader implications of the race at their own peril.

"I think they know they're in trouble, and this is going to look really bad for the president and the party," she said.