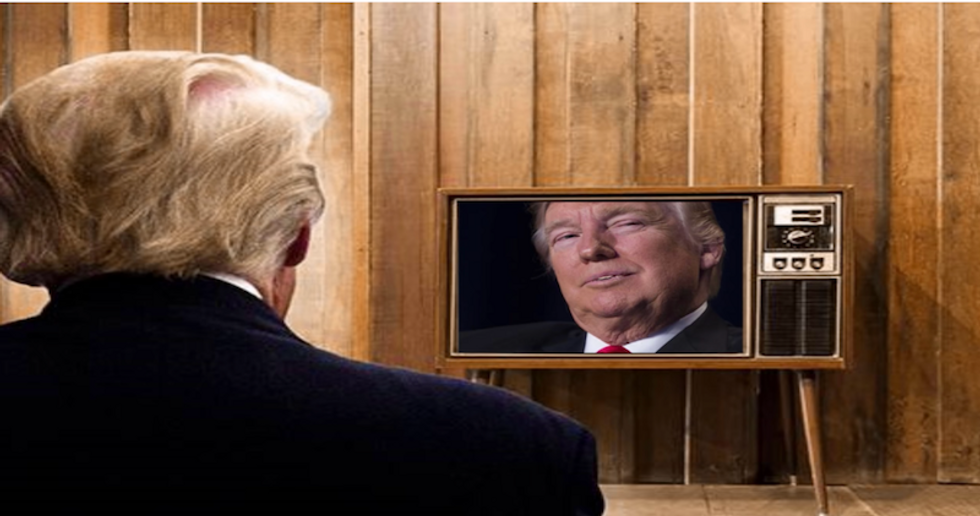 Not with his own checkbook, of course. Rather, the president used $27,000 in tax dollars to hire TVEyes, a media monitoring service, reports TMZ.

The deal was done the day after Daniels filed suit against Trump.

The amount is not huge, but it's by far the largest amount the federal government has ever spent on something the service in the last seven years. Records obtained by TMZ show the White House previously paid $9,500 for a similar deal.

It's unclear what the service will be used for. Trump reportedly watches between four and eight hours a day watching TV by himself in the presidential bedroom.