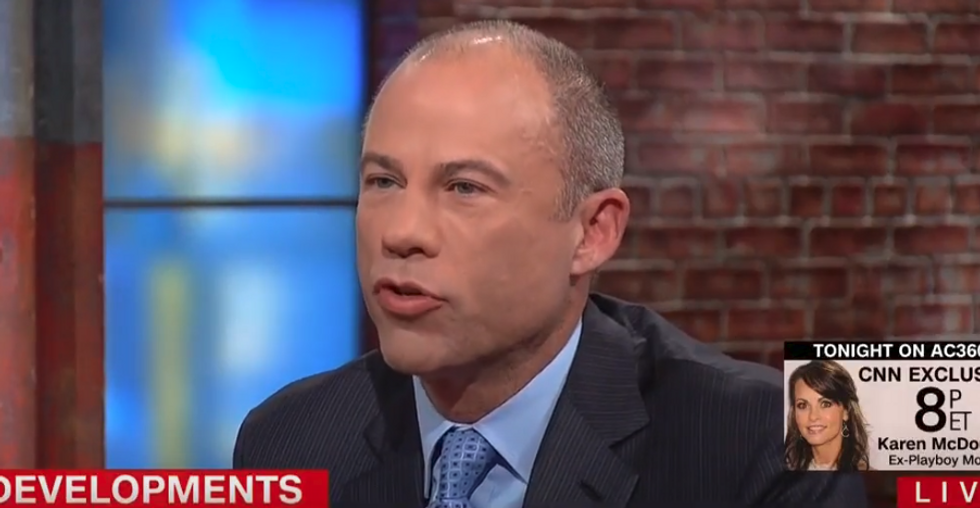 When Cuomo pointed out that the Stormy Daniels scandal hasn't had much of an impact so far because Trump's history of marital infidelity was well known before he became president, Avenatti countered that this scandal is about much more than just having an affair.

"I think this is about engaging in thuggish behavior, threats, intimidation, and hiding the money trail," he said. "I think ultimately, Chris, that's what this is going to get to. And ultimately, we're going to make sure that the facts are known to the American people."

Avenatti then hinted that Daniels' story could lead to serious consequences for the president -- and he suggested that it could spur congresspeople into action.

An interview with Daniels is scheduled to air on Sunday, March 25, on CBS' "60 Minutes."

Watch the video of Cuomo's interview with Avenatti below.