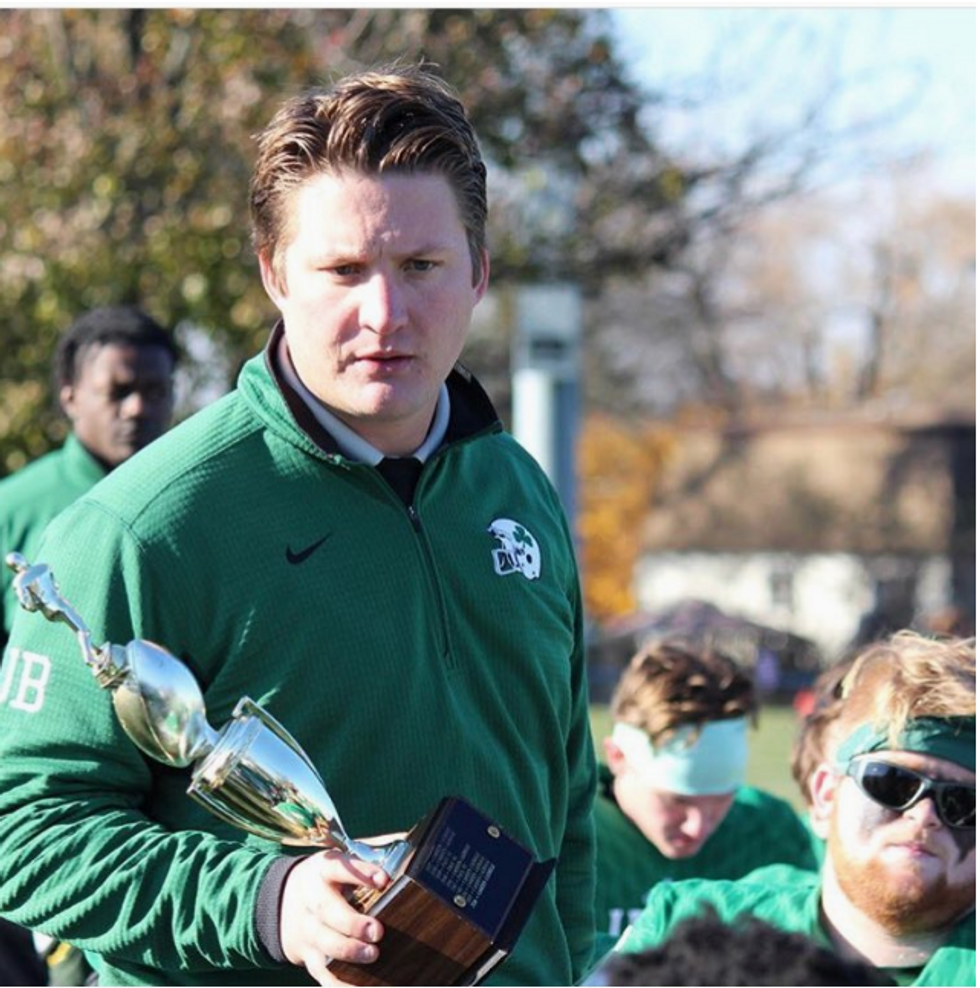 History teacher and football coach, Nick Strom, was asked to resign from Camden Catholic High School in New Jersey for claims he recruited too many black students to the football team, according to Courier Post.

"I think this is from me not conforming with their viewpoints on what they want the student body and the football team to look like,” Strom said. “I’ve tried to build this program into one that’s based on kids being of ability, high character and high grades. From day one, the administration told me they did not approve of the ratio of black to white students.”

Strom said that the topic of racism came up multiple times during his career.

“When I’d have a list of potential freshmen, the first question I’d be asked is if they were white or black,” he said. “I was confused about why the question was, ‘How can we get more white players in the program or on the field?’”

Strom also claims that he was asked about whether or not the players came from single- or double-parent household. Strom has refused to step down and said he will file a grievance with the teacher union regrading his contract.

However, President Mary Whipkey and Principal Heather Crisci said that they weren't renewing his contract for other reasons. These reasons included: dress code violations, leaving class early to play golf, and confronting faculty member in front of students. They both denied any racial related claims.

On Monday students protested the school's decision to dismiss Strom. During the protest school officials refused to take any questions.

Fromer football star Marcus Hillman said: “It hit me so off guard, as much as Coach Strom has done for us. He’s paved the way for us these four years. He’s done an unbelievable job as a coach and a teacher here. It’s come out of nowhere. It hurts all of us to know that a man we look up to doesn’t have a job anymore."

Terence Ware, whose sons play on the team said: “The bottom line is you’re one of the winningest coaches in South Jersey for the last four years, so we want to know why. I’m dumbfounded, because these issues seem so small."

Strom has lost only two games in his four year coaching career.