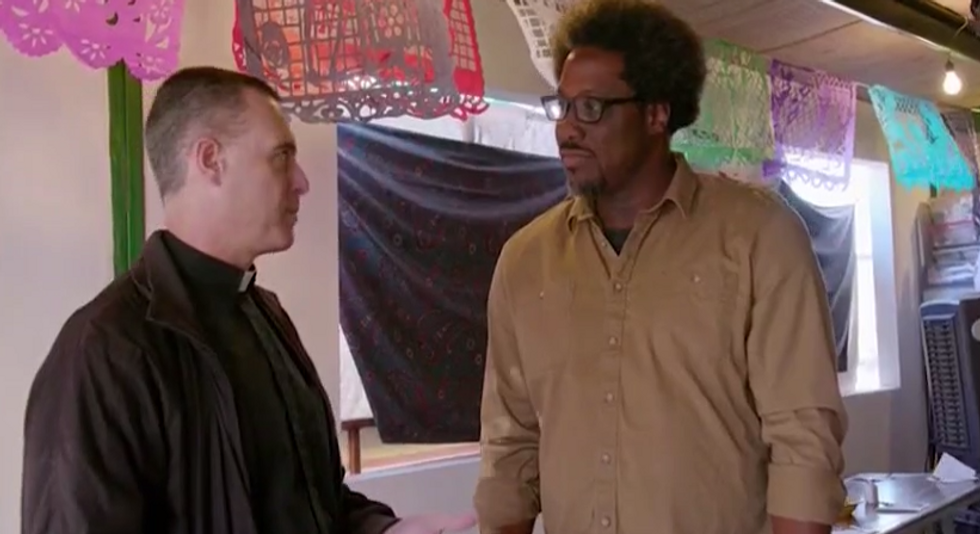 Comedian and TV host Kamau Bell recently visited the U.S. Border to speak with immigrants who have just been deported.

In an interview with CNN's Jake Tapper, Bell said that he met with a ton of people who had established lives in the U.S.

He also mentioned that American's don't have a full understanding of how Trump's immigration policy and broader wall plans are actually hurting the lives of many Americans.

He also mentioned that people at the border are more focused on living their daily lives than keeping up with Trump.

Watch his full interview below.