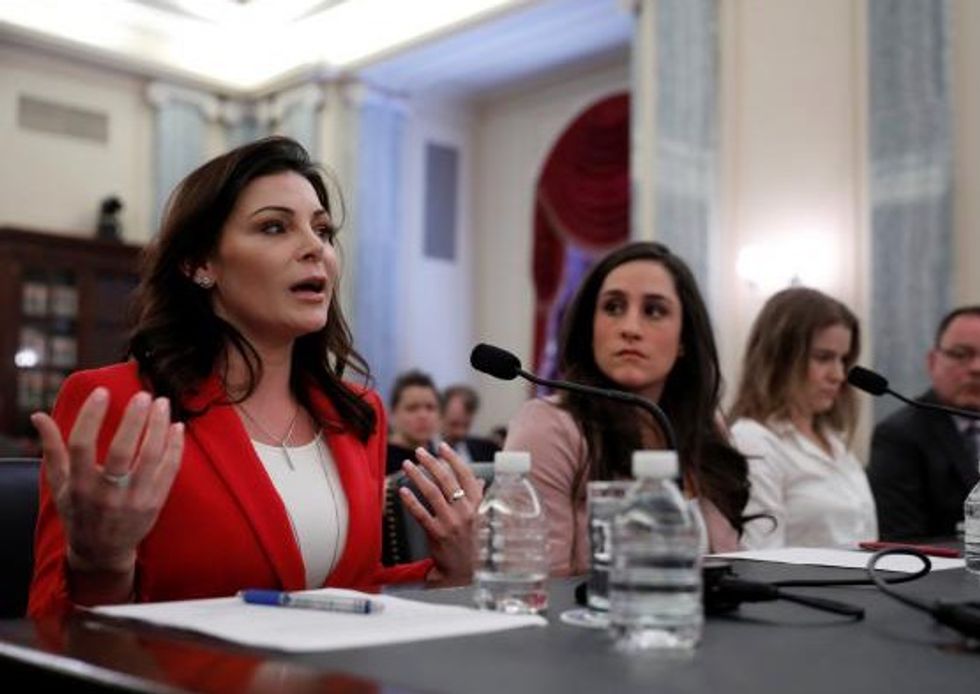 Olympic gymnastics gold medalist Jordyn Wieber told lawmakers evaluating the impact of reform legislation that only a housecleaning of staff at USA Gymnastics, the sport’s national governing body, could guarantee that a culture of abuse was eradicated.

“I don’t think they are innocent at all. They’ve seen things and they have culpability,” Wieber told the Senate Commerce subcommittee.

President Donald Trump signed legislation in February that includes making child abuse reporting mandatory for the U.S. Olympic Committee and other amateur sports organizations. It also sets up a new body in the USOC that responds to sexual misconduct reports.

Jamie Dantzcher, a 2000 Olympic bronze medalist in gymnastics, testified that she had seen inappropriate touching of girls during practices even after the scandal over disgraced USA Gymnastics team doctor Larry Nassar.

“I’m sure it (sexual abuse) is still going on,” said Dantzcher, who along with Wieber was joined by speed skater Bridie Farrell and figure skater Craig Maurizi.

USA Gymnastics said in a statement it had already addressed some of the concerns raised in the hearing, including mandatory reporting of abuse.

“USA Gymnastics is committed to doing everything it can to prevent abuse from happening again by making bold decisions and holding ourselves to the highest standards of care,” the statement said.

The Senate subcommittee is among congressional panels seeking answers about sexual abuse from the USOC, 48 national governing bodies of various sports and Michigan State University, where Nassar worked.

Farrell, who said she had been sexually abused for years by an older teammate, said that solutions included more representation by athletes in sports’ governing bodies and mandatory reporting to police.

Wieber sued USA Gymnastics, the USOC and Michigan State on Tuesday, alleging that they shared the blame for sexual abuse she claims she suffered at Nassar’s hands.

The USOC has outlined reforms aimed at protecting its athletes from abuse. The scandal prompted the board of directors at USA Gymnastics to resign, along with top officials at Michigan State.