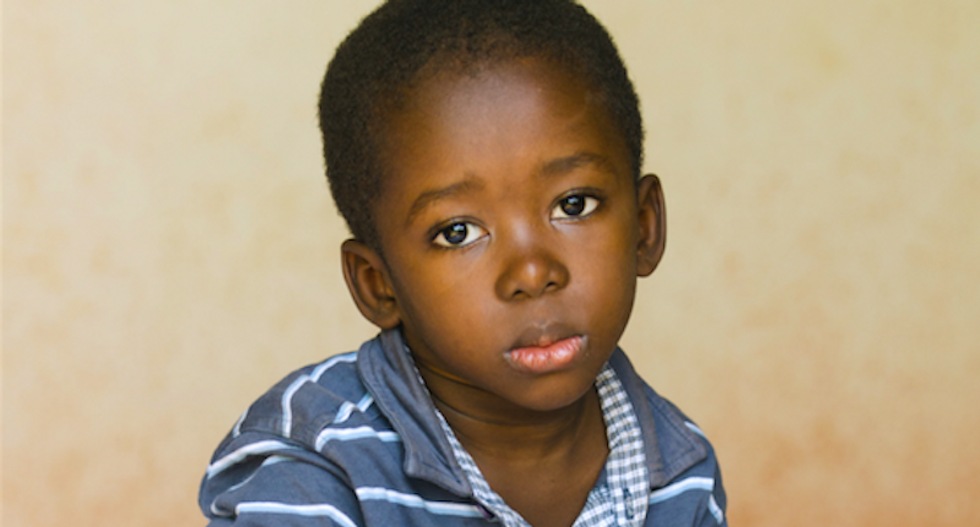 When two black men were arrested at a Philadelphia Starbucks where they had been waiting for a business meeting on April 12, the incident called renewed attention to the bias that racial minorities face in American society.

A few days later, a similar incident unfolded at an LA Fitness in New Jersey.

While these two incidents involved adults at places of business, the reality is black children face similar treatment in America’s schools.

The latest evidence is in a recent federal report that shows boys, black students and students with disabilities get kicked out of school at higher rates than their peers.

Findings like this are disturbing, but they are hardly surprising. As a trainer of school psychologists, consultant and researcher, I have worked with schools on the matter of racial disparities in school discipline, along with other problems of justice.

I believe racial disparities in school discipline will persist until educators seriously examine the role their decisions play in the matter. They will also persist until schools begin to implement new strategies that have proven it’s not necessary to kick kids out of school to effectively deal with their behavior.

The source of disparities

Racial disparities in school discipline are nothing new. In 2014 – after years of “zero tolerance” policies proved problematic – the Obama administration issued a guidance to remind schools of their obligation to teach all children and not to suspend or expel them unfairly.

Yet, the new federal data show that for virtually every school in the country for the 2013-14 school year, racial disparities were present irrespective of the type of disciplinary action, level of school poverty, or type of school attended. The bottom line is that some sort of bias is at play.

In research on the subject, this bias is known as implicit bias. This is defined as automatic, unconscious associations and stereotypes about groups of people that affect our understanding, actions and decisions. This topic has been studied extensively and popularized by a collaborative research project housed at Harvard University.

How real is implicit bias? In a series of four experimental studies, the fourth study, using state-of-the-art eye-tracking methodology, demonstrated that – when asked to judge who was telling the truth – whites gazed more quickly at the “lie” response for blacks, which suggests a spontaneous mistrust of blacks. This is consistent with what other researchers have found. Interestingly, Starbucks CEO Kevin Johnson mentioned implicit bias as one of the issues potentially at play in the Starbucks incident.

One study on implicit bias in schools concluded that teachers and staff viewed black girls’ behavior differently. The same study found that black girls were three times more likely to receive office referrals for discipline compared to white girls for subjective discipline violations. A different study found that black students were disciplined for subjective interpretations of behaviors, such as “disobedience” and “disruptive behavior.”

An experimental study conducted at Yale found that preschool teachers gazed at black boys longer compared to other children when asked to look for challenging behavior on video clips.

This tendency to view black children with more suspicion harms the relationships between teachers and black students.

In issuing the new report, the U.S. Government Accountability Office, or GAO, lists several areas to target racial disparities in school discipline. In my experience working with schools, I believe the GAO’s recommendations are correct, but will only work under certain conditions.

In search of alternatives

The first recommendation is to implement alternative forms of discipline that focus on proactive and preventative strategies for the whole school rather than reactive punishment. In my work with schools implementing such approaches, the biggest problem is the degree to which teachers and staff may not have buy-in on the strategies to implement them properly.

For example, some teachers and staff with one particular initiative became frustrated with certain challenging students and rarely gave praise or “behavior bucks,” which could be traded in for privileges and stickers. And when teachers did distribute the “behavior bucks,” they were sarcastic about it and often belittled students rather than being encouraging. In essence, teachers turned a positive strategy into a harmful one.

Due to the potential lack of buy-in from teachers, it is important to use strategies that enable a more collaborative approach to deciding the consequences.

This is the strength of the restorative justice approach. Restorative justice is built upon a foundation of empowering students to collaboratively have their voices heard, take responsibility for one’s actions, and make hurt relationships right again through community dialogue.

For example, restorative justice approaches will gather students and adults together in a circle to discuss the infraction by focusing on who was harmed and what the community can do to make the hurt relationship right again, which is often a plan of amends. These circle discussions with various adults and students allow for all parties to understand one another’s perspective and produce empathy for students, teachers and classmates. In my view, collaborative decision-making is the key to reducing biases.

Second, there need to be new laws and policies to discourage punitive, exclusionary disciplinary practices in schools and to encourage alternative approaches to school discipline.

For example, California prohibits the use of suspensions and expulsions for children in grades K-3 for willful defiance. Other states and school districts, such as Illinois and Seattle, have done so as well.