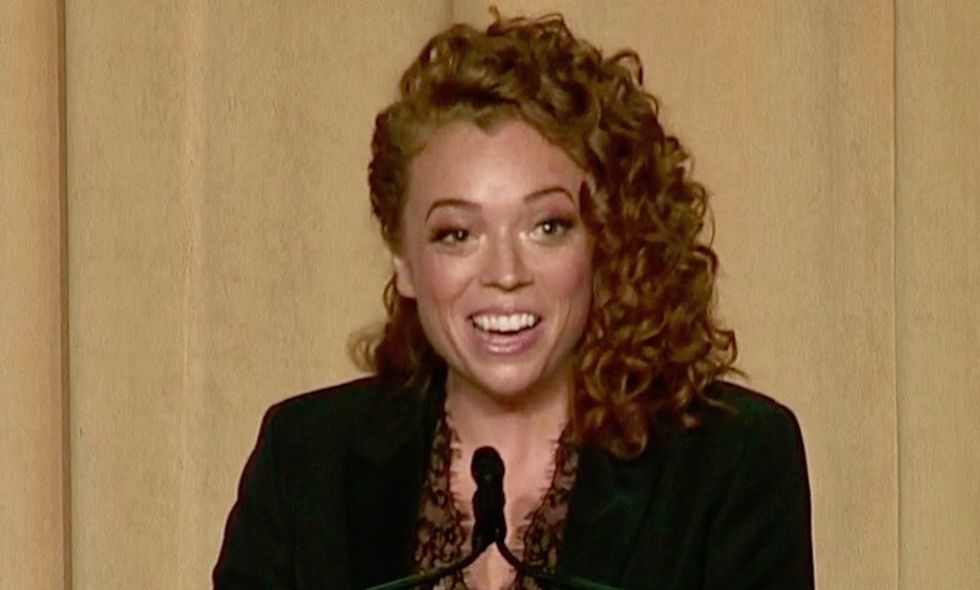 Michelle Wolf at the the WHCD/Screenshot

At the White House Correspondents' Dinner on Saturday night, host Michelle Wolf nailed Trump on his claims about his wealth.

"Mr. President, I don't think you're very rich," she said. "I think you might be rich in Idaho, but in New York you're doing fine."

She then lead the audience in a call-and-response on how broke the president is.

"Trump is so broke," she said.

"How broke is he?" the crowd responded.

"He has to fly Failed Business Class," she said.

It went on from there—watch below for the punchlines.