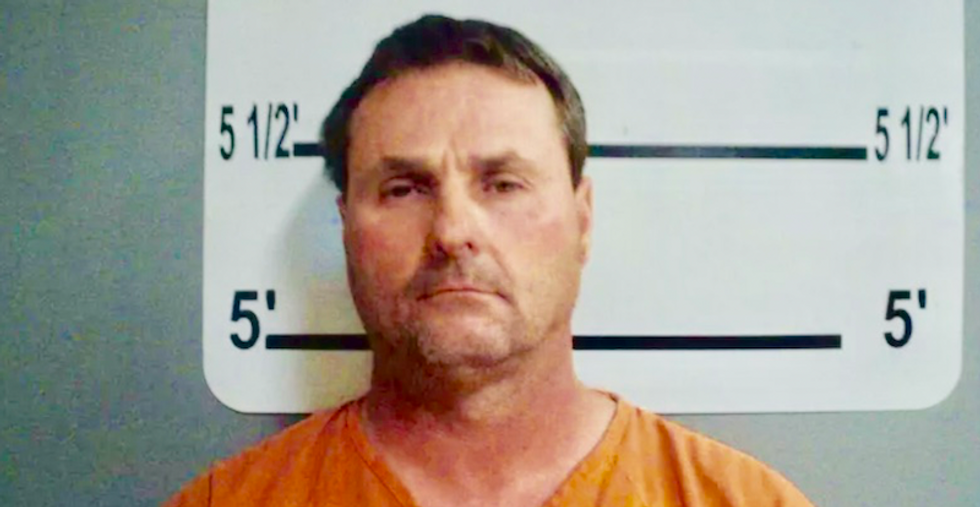 Tony Rutherford, who killed his 13-year-old son by firing at him as he drove a truck/Screenshot

An Oklahoma man killed his 13-year-old son after chasing his other son's truck and firing a rifle at it, Oklahoma's KOAM reports.

Tony Rutherford was called by neighbors who saw "suspicious activity," near his older son's house, which was supposed to be empty.

Rutherford showed up and saw someone driving his older son's truck. He gave chase, firing several shots from his rifle.

Rutherford killed the person driving the truck—who turned out to be his 13-year-old son.

Rutherford's lawyer says his client did nothing wrong.

“Tony and his family are very sorry for the loss of their child, and time will reveal the circumstances surrounding this unfortunate incident which does not constitute a crime,” he told the Tulsa World.

The jury in the case was tasked on Thursday with determining compensatory damages for the direct harm the family suffered and awarded a little more than $4 million.

On July 11, Ohio Attorney General Dave Yost made an appearance on Fox News during which he made several questionable statements.


The biggest, of course, were the doubts he was trying to raise about the existence of a 10-year-old rape victim who had to travel to Indiana for an abortion because of a law he rushed to enact. He did so almost immediately after the U.S. Supreme Court overturned Roe v Wade on June 24.

‘Indescribable, monumental’: Parents praised for actions after a racist murdered their son

Five years after their Black son was stabbed to death by a member of the "Alt-Reich Nation" Facebook group, a Maryland couple has found remarkable success trying to heal racial divisions.

In May of 2017, Richard Collins III, 23, was stabbed to death on the University of Maryland campus. Collins was visiting friends only days before he was to graduate from Bowie State University and had just received his commission as a second lieutenant in the U.S. Army.