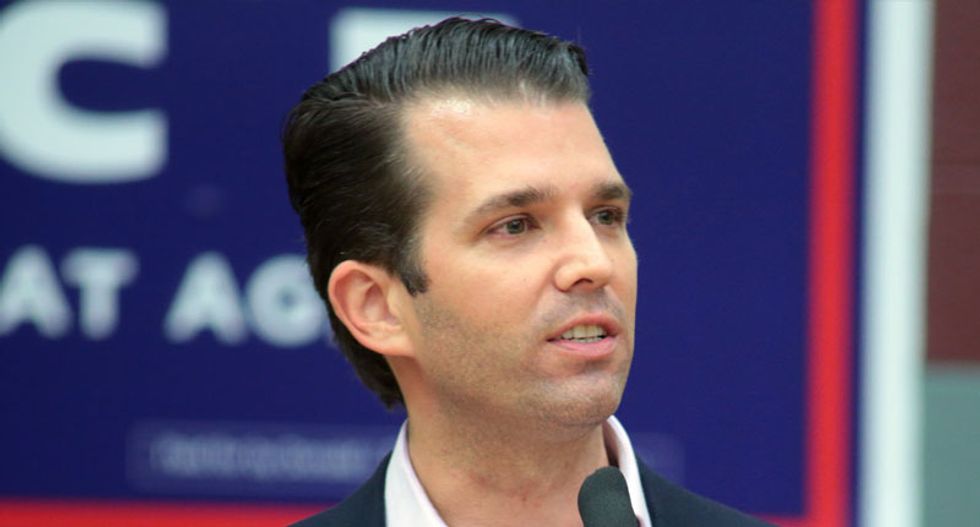 Natalia Veselnitskaya, one of the key figures in the June 2016 Trump Tower meeting held by top members of the Trump campaign in an effort to get dirt on Hillary Clinton, originally told Congress that she was a private lawyer without ties to the government.

The New York Times reported Friday, however, that Veselnitskaya misled Congress and the American people when she testified to the Senate Judiciary Committee last November that she works "independently of any governmental bodies." The Times found evidence that had previously worked with Russia's chief legal office, and she later confirmed she was an "informant" for the government.

One of the reporters who helped break the story, Sharon LaFraniere, went on CNN Friday night and explained how she changed her story.

"She was a little bit taken by surprise because we and NBC News obtained a series of emails exchanges  between her and the Russian prosecutor general," LaFraniere said. "An NBC News correspondent chased her down in Moscow — and she just blurted it out when she was asked: 'What's your relationship with the prosecutor general?'

"She said, 'Well, I have a dual role, I'm a private attorney and I'm an informant.' From there on, she backtracked."

Separately, Rep. Eric Swalwell (D-CA) said on MSNBC that even this word was misleading. "She's a spy," he said.

"I think she just blurted it out: ... she said ... 'I have a dual role: I'm a private attorney and I'm an informant.'" - @SharonLNYT details the circumstances under which Natalia Veselnitskaya first revealed her close ties to the Russian Prosecutor General https://t.co/1VypvMz5t1 pic.twitter.com/uoyVHVcJm0