Tiffany Trump feels 'awkward' and 'not totally welcome' around her father, the president: report 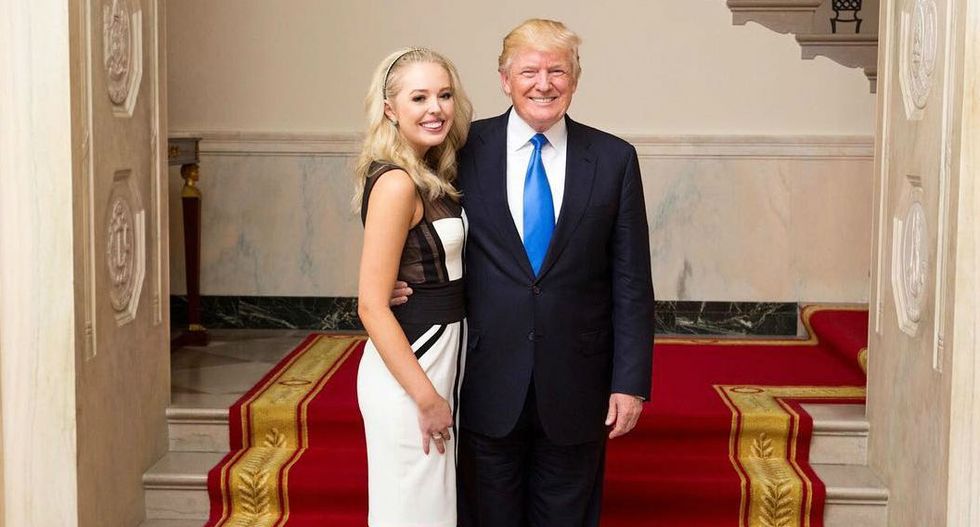 Tiffany Trump, the youngest daughter of Donald Trump, feels “awkward” and “not totally welcome” around her father, the president, People reports.

“Since the inauguration, Tiffany and her father have sometimes gone for months without speaking and she went a very long time without seeing him,” a friend of Tiffany Trump’s told People. “The last time she was at a family function with him, it was awkward for her and she didn’t feel totally welcome.”

“They always had a strained relationship her whole life, and it got exacerbated by the presidency,” the source added, noting it’s “gotten much worse now.”

Tiffany Trump is the daughter of Marla Maples, Donald Trump’s second wife. A second source told People the youngest daughter “is not as much in the mix as [Trump’s] other children because he didn’t have a good relationship at the end with Marla.”

“So Tiffany didn’t get to be as intimately involved with the family dynamic as Ivanka, Eric and Donnie Jr.,” the source said. “She doesn’t really talk about her dad a lot. She’s always been somewhat independent of the whole family.”

The source told People that Tiffany Trump “didn’t have all the same privileges” as her half-siblings because she “did not really get to grow up in the Trump household.”

Still, another person said Tiffany—who attended the White House Easter Egg Roll—has a “bad” but “not easy” relationship with her father.

“They do see each other and Tiffany goes to the White House for holidays.”