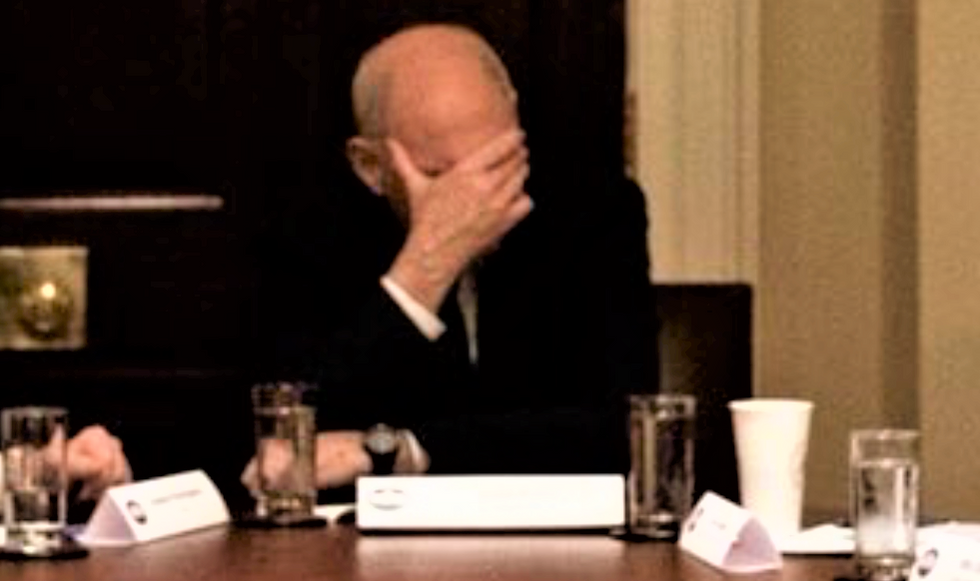 President Donald Trump on Thursday tweeted out a photo of a White House meeting with the Agricultural Roundtable -- but that also showed White House chief of staff John Kelly putting his head in his hands.

However, as pointed out by MSNBC producer Kyle Griffin, the tweet no longer appears on the president's Twitter timeline, which suggests that either he or someone on his staff deleted it.

This is the second time that Kelly has been caught face-palming during official White House business. Last year, Kelly was shown with his head in his hands as Trump referred to North Korean leader Kim Jong Un as "Rocket Man" during a speech before the United Nations.

Although Kelly was widely credited with bringing a greater sense of discipline to the White House, he has seen his influence fade in recent months.