‘It’s war’: Donald Trump is ‘obsessed’ with Jeff Bezos — and wondering how he can ‘f*ck with’ the Amazon founder 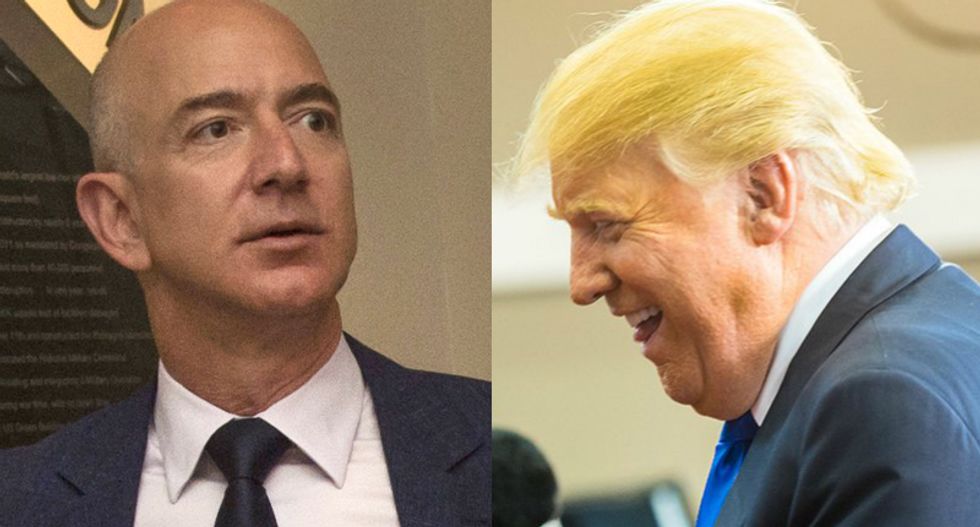 President Donald Trump has reportedly grown "obsessed" with Amazon CEO Jeff Bezos — and is poised to take regulatory action against the company as he reshapes his Cabinet to his liking.

Vanity Fair's Gabriel Sherman reported Monday evening that four sources close to the White House confirmed that Trump's growing preoccupation with Bezos and Amazon, as evidenced by his weekend Twitter tantrum about the company, may be a prelude to further action.

"He’s off the hook on this," another of Sherman's sources said of the president's escalating jibes. "It’s war."

Vanity Fair's sources also confirmed that Trump is seeking to raise Amazon's shipping costs — a move that never would have flown under former White House economics adviser Gary Cohn, but which the president may now be able to undertake with impunity.

"Trump doesn’t have Gary Cohn breathing down his neck saying you can’t do the Post Office sh*t,” one Republican source close to the West Wing told Sherman. “He really wants the Post Office deal renegotiated. He thinks Amazon’s getting a huge f*cking deal on shipping."

Capitalizing upon the president's ire, some advisers are "encouraging Trump to cancel Amazon’s multi-billion contract with the Pentagon to provide cloud computing services" and suggesting attorneys general in red states open investigations into the company's business practices, Sherman's sources said.