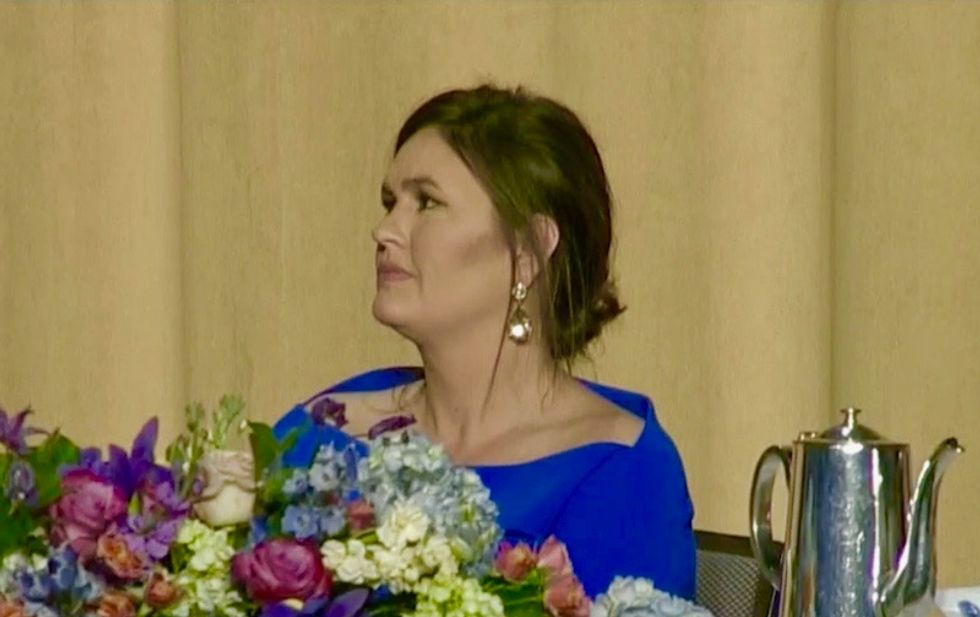 Donald Trump avoided the annual White House Correspondents’ Dinner, going to rural Michigan instead of taking his lumps in front of the press.

Comedian Michelle Wolf didn't spare Sanders, who she said she "loved," and then destroyed.

"Every time Sarah steps up to the podiumI get excited because I'm not sure what we're going to get," she said. "A press briefing, a bunch of lies, or divided into softball teams."

Sanders remained stone-faced through the roughly 90 seconds where Wolf razzed her.

The second Oath Keeper defendant charged in the assault on the US Capitol has agreed to plead guilty.

Graydon Young, 54, was a member of the "stack formation" that snaked up the steps of the Capitol behind a mob of rioters who assaulted officers with pepper spray, flagpoles and shields, and then entered the building through a breached door, and one of 16 members of the far-right paramilitary organization charged with conspiracy to disrupt Congress.