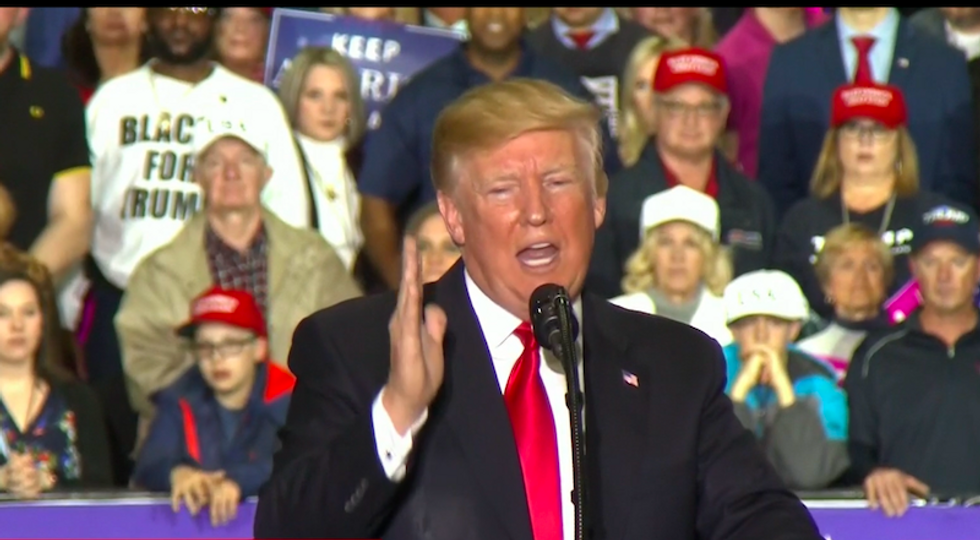 At his Saturday night rally in Michigan, Donald Trump said that the nation's employment problems are solved and announced that he is let low-skill workers come into the country to do agriculture work.

While talking a lot about the wall, Trump said that he would allow guest workers to come in. But, he said, he would then want them to leave.

The line got tepid applause.