We have 'bigger things' to worry about: White House dodges questions about Roseanne 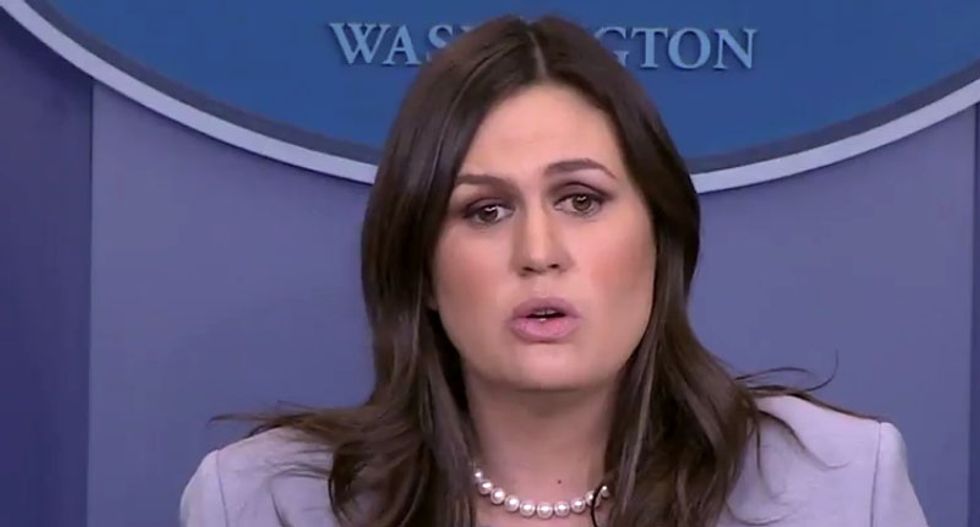 The White House did not comment on the television show "Roseanne " being cancelled after comedian Roseanne Barr tweeted racist comments about Valerie Jarrett, a former Obama White House aide.

“The president is focused on North Korea, he’s focused on trade deals,” Huckabee Sanders said. That’s not what the president’s looking at. “We have a lot bigger things going on in the country right now.”

Reporters also shouted questions at President Donald Trump during his arrival in Nashville, but he did not respond.