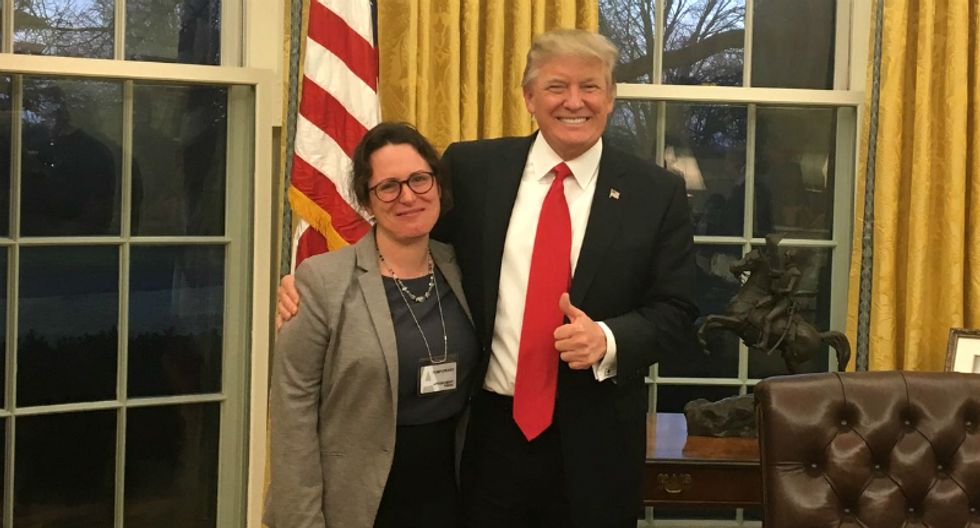 According to well connected New York Times reporter Maggie Haberman, the answer is, "No."

In an interview with Slate, Haberman says that Trump mostly doesn't like being president, although he does enjoy some of the perks that come along with it.

"I have never thought he is enjoying this job," she said. "I think he enjoys the title Mr. President. I think he enjoys Air Force One, Marine One, the big car, having a lot of Secret Service, his Diet Coke bell, all of that stuff."

Haberman said that almost everything else, however, is a downgrade for the president in terms of what he experienced in his previous life as a real estate mogul and reality TV star.

"I don’t think he particularly likes living in the White House," she said. "I certainly don’t think he enjoys the job. In fairness, I think that most presidents don’t love the job when they are in it, but I think that others have experienced it quite differently."

Read the full interview at this link.