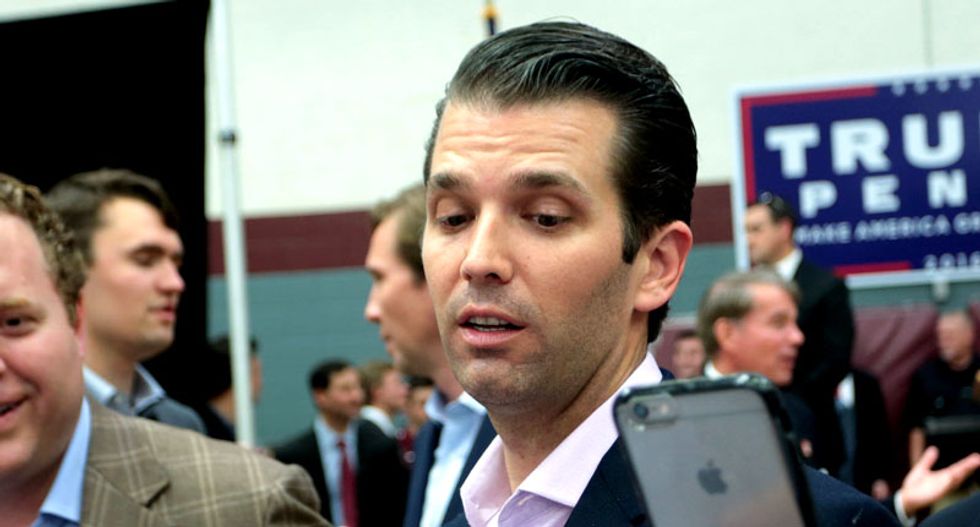 Donald Trump Jr. clearly is no fan of Eric Schneiderman, the disgraced, now-former New York Attorney General who has been a thorn in the Trump family's side – most recently obtaining $25 million for Trump University victims. Schneiderman resigned Monday night, hours after an exposé detailing sickening abuse and assault allegations by four women went live at The New Yorker.

So the President's son's gloating tweets might be excused as revealing more of the 40-year old Trump scion's immature antics, were it not for the fact that his father is Donald Trump, and he fully supports and defends him – assault allegations and all.

In short, they're incredibly hypocritical and tone-deaf.

19 women have accused Donald Trump of sexual assault, groping, inappropriate behavior, or of having a consensual affair with them, according to USA Today. At least three reportedly have nondisclosure agreements with Trump.

Take a look at some of Trump Jr.'s tweets, totally tone-deaf considering his father's alleged actions: 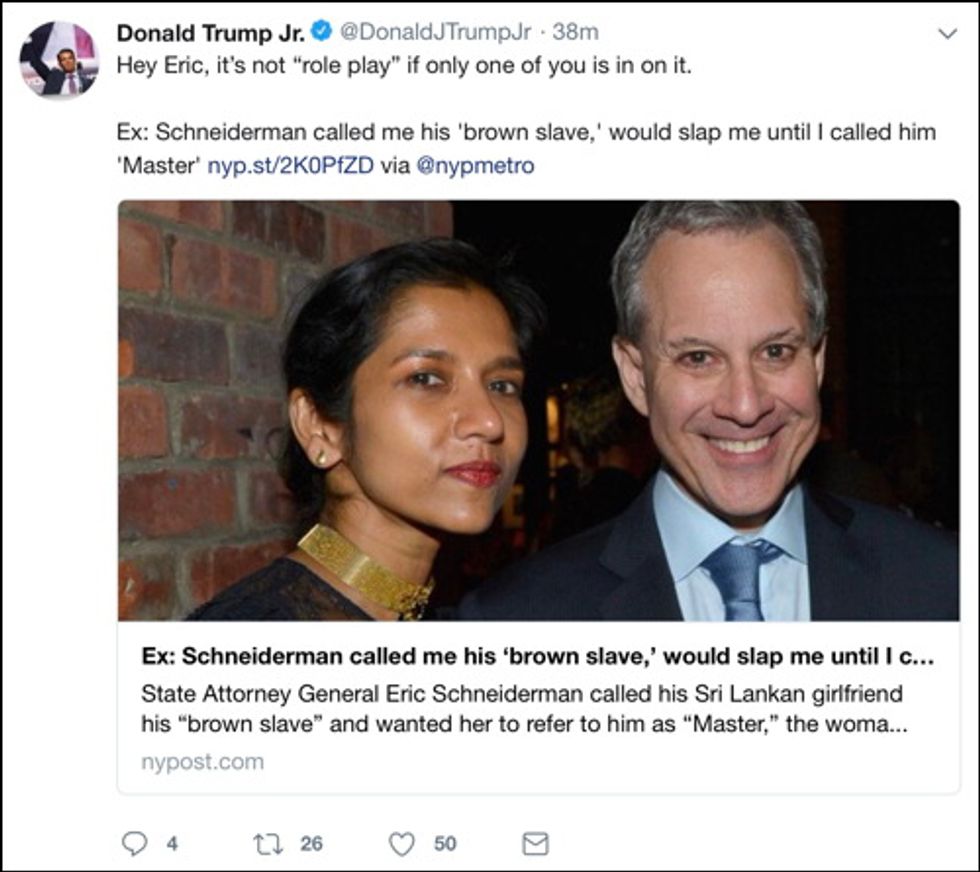