Fox News' Shep Smith dismantles Trump's 'shifting explanation' on Daniels payment: 'Space under the bus is at a premium' 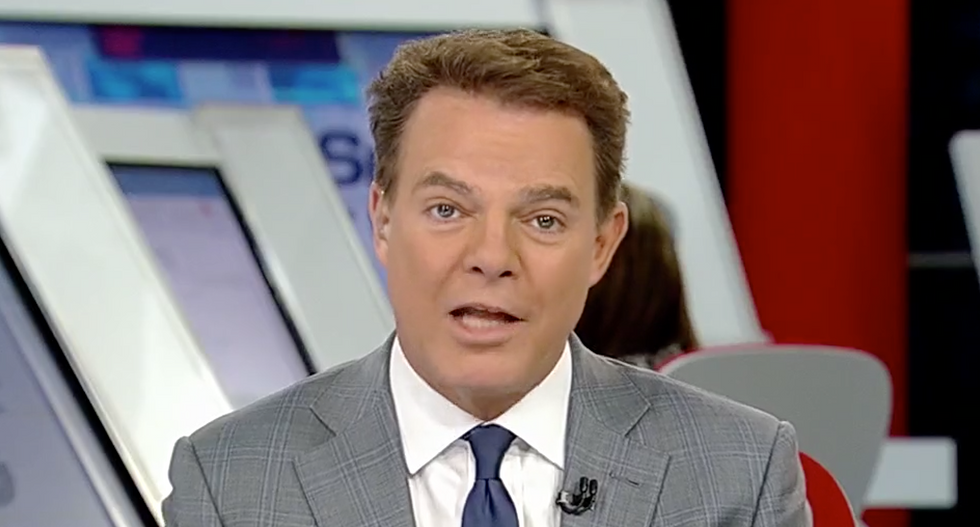 Fox News’ Shep Smith on Friday tore into Donald Trump—and his team’s—shifting explanation for the $130,000 payment to longtime personal lawyer Michael Cohen, arguing “space under the bus is now at a premium.”

“Back in Washington, a brand new series of words, presented for our consumption,” Smith said Friday as he wondered whether the Trump team is “trying to confuse everybody” with the contradictions.

“Certainly the undeniable chaos is definitely not chaos at all, they’re clear on that point,” the Fox News host snarked.

Smith explained that “what team Trump said last month, then changed last week, then reimagined again on Tuesday, was revised and extended again this morning—and space under the bus is now at a premium.”

Turning to Trump’s appearance before the cameras Friday, during which the president claimed Giuliani needs to “get his facts straight” and “just started yesterday,” Smith said, “that’s not true.”

The Fox News host then tore into Giuliani’s “views clarification”—the statement Giuliani released Friday afternoon in an effort to walk back his declaration that Trump knew of the payment to Cohen.

“In other words, when he told [Sean] Hannity a fact he didn’t already know, it wasn’t a fact but feeling of personal understanding and a misunderstanding of the president’s knowledge of timing and understanding,” Smith continued.

“Whether you prefer ranch or balsamic on Giuliani’s words, President Trump denies that his own story has changed at all,” Smith added.