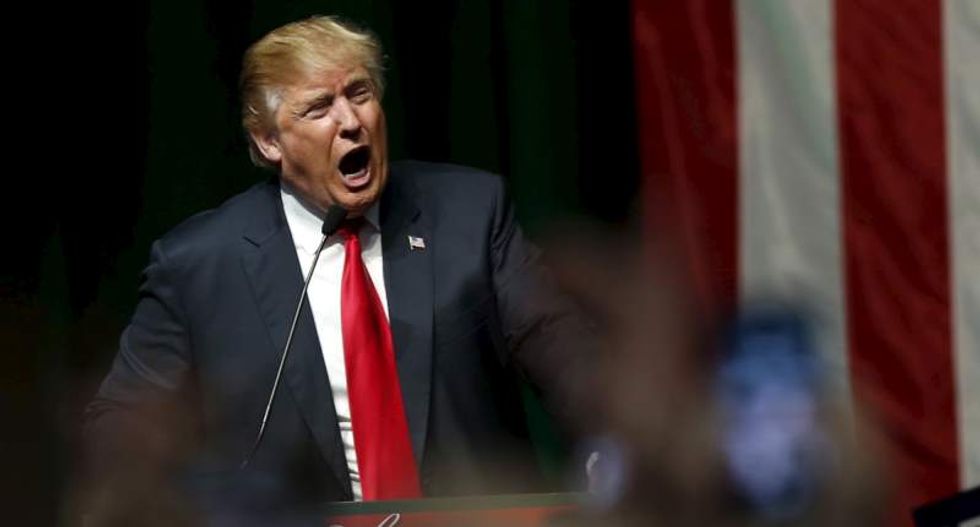 Trump’s strategy for keeping power is to build up his coalition of America’s white working class and the nation’s ownership class.

It’s a curious coalition, to say the least. But if Democrats don’t respond to it, it could protect Trump from impeachment and even re-elect him. It just might create a permanent Republican majority around an axis of white resentment and great wealth.

Two decades ago, Democrats and Republicans competed over the middle class. They battled over soccer moms and suburban “swing” voters.

Since then the middle class has shrunk while the working class has grown, and vast wealth has been accumulated by a comparative few who now own a large portion of America. Some of their wealth has taken over American politics.

Counties whose voters shifted from Obama to Trump in 2016 had lost economic ground to the rest of America, even more than did solidly-Republican counties. Trump is counting on the unwavering support of these mostly white working class voters.

Meanwhile, much of the ownership class has come over to Trump. He’s counting on it to bankroll Republican politicians who are loyal to him.

Since becoming president, Trump has sought to reward both sides of this coalition – tossing boatloads of money to the ownership class, and red meat to the white working class.

One boatload is the corporate and individual tax cut, of which America’s richest 1 percent will take home an estimated 82 percent by 2027, according to the Tax Policy Center.

Another boatload is coming from government itself, which Trump has filled with lobbyists who are letting large corporations do whatever they want – using public lands, polluting, defrauding consumers and investors, even employing children – in order to push profits even higher.

Trump’s red meat for the white working class is initiatives and tirades against unauthorized immigrants and foreign traders – as if they’re responsible for the working class’s lost ground – and other symbolic gestures of economic populism, along with episodic racist outbursts, and support for guns and evangelicals.

Every time Trump sends more money to the wealthy he sends more red meat to his base.

Weeks ago, after announcing he’d seek another big tax cut before the midterm elections – “phase two,” as he termed it – he threatened China with a trade war; arranged another crackdown on unauthorized immigrants, including a carefully-choreographed plan to break up families at the border and attack sanctuary cities; and vowed to go after pharmaceutical companies.

Yet red meat goes only so far. At some point, you’d think, the white working class would realize that the only real beneficiaries of the Trump coalition are the super-rich.

Trump’s clampdown on foreign imports and immigrants won’t raise working-class wages. It’s more likely to erode their paychecks because it will cause consumer prices to rise. Yet it leaves American multinational corporations unscathed. They don’t make their money off trade and don’t rely on immigrants; they fabricate and sell from all over the world. If a trade war with China breaks out, they’ll merely shift their sourcing to other nations.

His tax cut put a few dollars in working-class pockets but is already requiring cuts in services they rely on, and will demand more.

His plan to bring down drug prices won’t make drugs any cheaper. Instead, it’s a big win for drug companies whose prices won’t be controlled and won’t have to negotiate with Medicare and Medicaid.

Trump doesn’t want his base to know that the only way they can permanently become better off is by reining in the ownership class.

He doesn’t want them to recall that the ownership class is largely responsible for hollowing out the middle class. For decades the captains of American industry, backed by the nation’s biggest investors, have squeezed payrolls by outsourcing abroad, cutting or eliminating job benefits, busting unions, and shifting to part-time and contract work.

He’d rather they didn’t see that corporate profits – flowing into higher executive pay and higher share prices – have constituted a steadily larger portion of economy, while wages have been a steadily lower portion. Most economic gains have gone to the top. We have had socialism for the rich and harsher capitalism for everyone else.

If Democrats were smart they would expose all this – and commit themselves to reversing these trends by creating a multi-racial coalition of the poor, working class, and what’s left of the middle.

Trump’s curious coalition endures only because he’s a clever salesman and conman. The only way it can possibly succeed at entrenching Trump is if Democrats say and do little or nothing.