'I'm not reading any more of these -- they're lies': MSNBC's Nicolle Wallace refuses to read Trump tweets on air 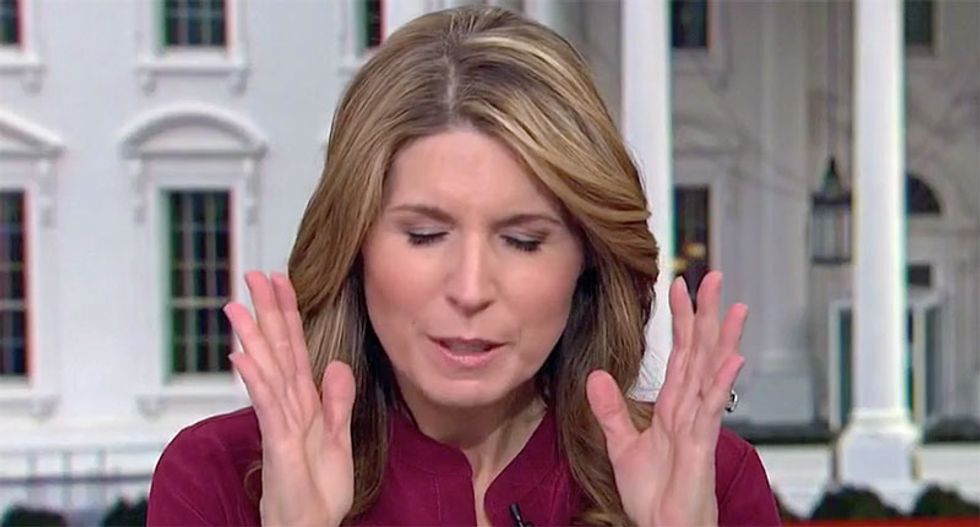 MSNBC's Nicolle Wallace, said President Donald Trump's lies are getting out of control and they are more like "fairy tales and fantasy" at this point.

On Friday afternoon, Wallace began catching up with Trump's latest early morning tweet storm, reading them to her panel and viewers at home.

"It started with Donald Trump making up about the FBI spies implanted in his campaign," Wallace said. "It exploded to the point where the Justice Department had to brief lawmakers about what actually happened. And finally today, after those classified meetings where the only public statements we've heard have shot down the original allegation, the conspiracy theory seems to have been largely debunked for everyone but Donald Trump and his allies."

Wallace then read off President Trump's tweets about Russia.

The Democrats are now alluding to the the concept that having an Informant placed in an opposing party’s campaign i… https://t.co/t9Ba06crSF
— Donald J. Trump (@Donald J. Trump)1527249856.0

Can anyone even imagine having Spies placed in a competing campaign, by the people and party in absolute power, for… https://t.co/ZPxBYMRB51
— Donald J. Trump (@Donald J. Trump)1527249857.0

“Everyone knows there was a Spy, and in fact the people who were involved in the Spying are admitting that there wa… https://t.co/XkOjxEl0kH
— Donald J. Trump (@Donald J. Trump)1527249859.0

However, before she could finish reading the tweets, Wallace paused and said: "I'm not reading anymore of this, these are bold face lies."