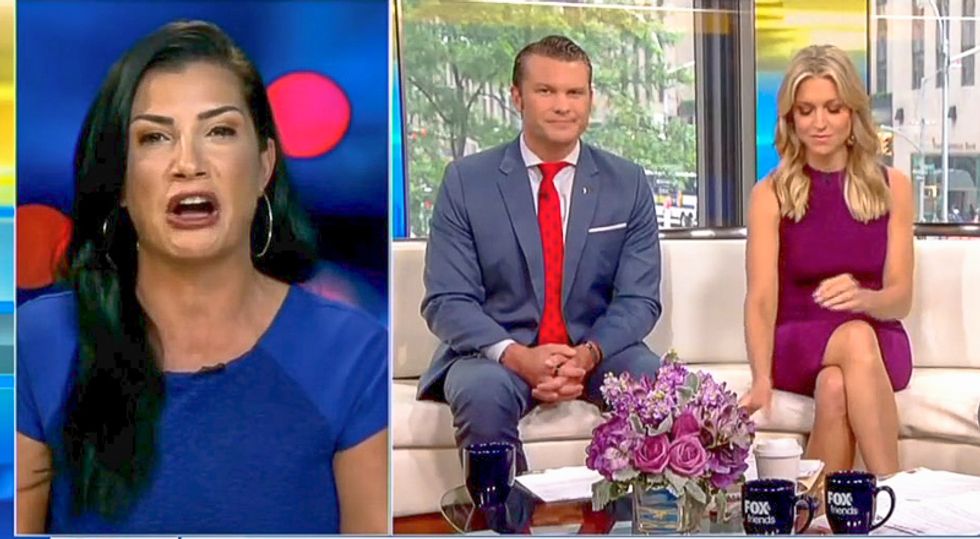 NRA spokesperson Dana Loesch suggested on Thursday that special counsel Robert Mueller might investigate First Lady Melania Trump because she hasn't appeared in public since May.

During an interview on Fox & Friends, host Ainsley Earhardt told Loesch that "the media is going after Melania for not being out in public."

"I think that the media needs to perhaps chill out a little bit," Loesch opined. "This is why conservatives get so aggravated. They get aggravated at media hypocrisy. Because Hillary Clinton, if she falls down in the street and leaves a shoe behind and conservatives ask questions about it, they're called conspiracy theorists and fear mongers and that they're attacking Hillary Clinton and that we're sexist."

"But with something like this, the media is hounding Melania Trump," she continued. "I mean, she's not a hostage. She's the First Lady. She had a procedure done. They were open about it lay off."

Loesch added: "It's amazing that the media is so obsessed with this. Are they going to send Bob Mueller after Melania Trump? Is that what's going to happen next? Is Bob Mueller going to add this to his witch hunt list?"

"They might as well toss it in," co-host Pete Hegseth griped.

"I mean, at this point, right, everything is fair game," Loesch complained.