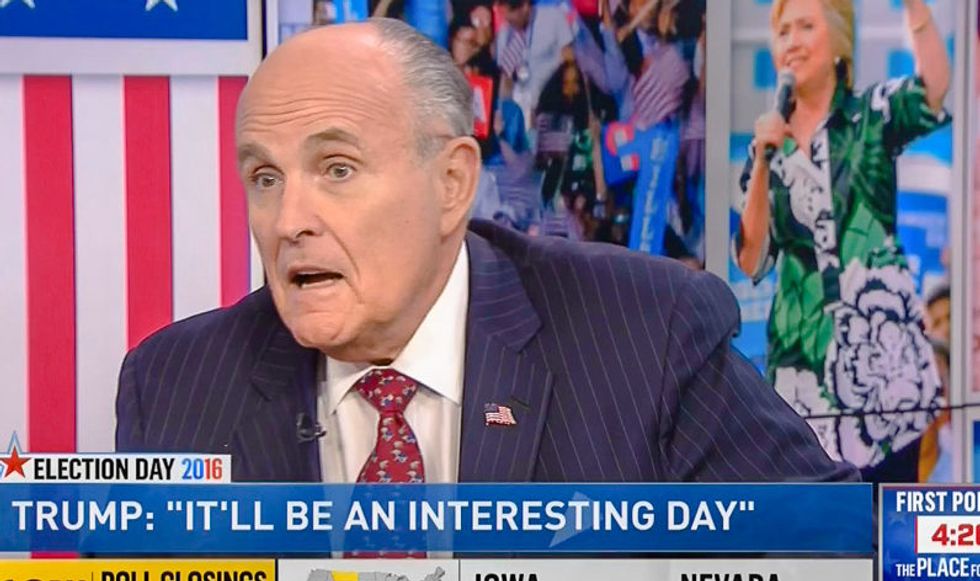 In an interview with the Washington Post's Robert Costa, Giuliani refused to apologize for making the comparison during a Wednesday night Fox News interview, and he also lashed out at former FBI Director James Comey, who criticized Giuliani for it on his Twitter feed Thursday.

“I know the New York FBI,” Comey wrote. “There are no ‘stormtroopers’ there; just a group of people devoted to the rule of law and the truth. Our country would be better off if our leaders tried to be like them, rather than comparing them to Nazis.”

When asked to respond to this criticism by Costa, the former New York mayor was dismissive.