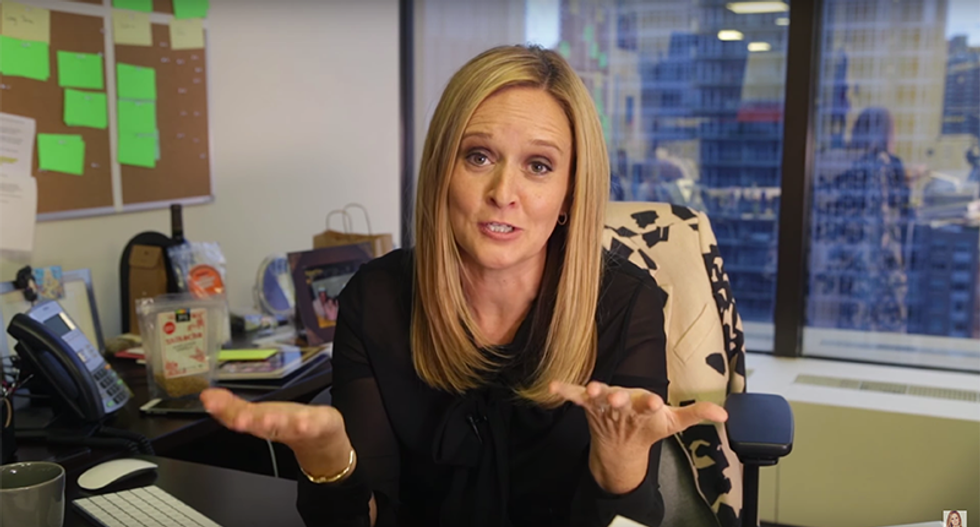 Comedian Samantha Bee on Thursday apologized to Ivanka Trump over a "Full Frontal" segment in which she referred to the first daughter as a "c*nt."

"I would like to sincerely apologize to Ivanka Trump and to my viewers for using an expletive on my show to describe her last night. It was inappropriate and inexcusable. I crossed a line, and I deeply regret it," she said.

On her TBS show, Bee blasted the president's daughter for posting a photo of herself and her 2-year-old son as migrant families were torn apart on her father's orders.

"You know, Ivanka, that’s a beautiful photo of you and your child, but let me just say, one mother to another, do something about your dad’s immigration practices, you feckless c*nt!" Bee said.

The comments drew a rebuke from the White House. Press secretary Sarah Huckabee Sanders said the language was "vile and vicious."

"The collective silence by the left and its media allies is appalling,” she told TheWrap.

"Her disgusting comments and show are not fit for broadcast, and executives at Time Warner and TBS must demonstrate that such explicit profanity about female members of this administration will not be condoned on its network."

In a statement, TBS said: "Samantha Bee has taken the right action in apologizing for the vile and inappropriate language she used about Ivanka Trump last night. Those words should not have been aired. It was our mistake too, and we regret it."