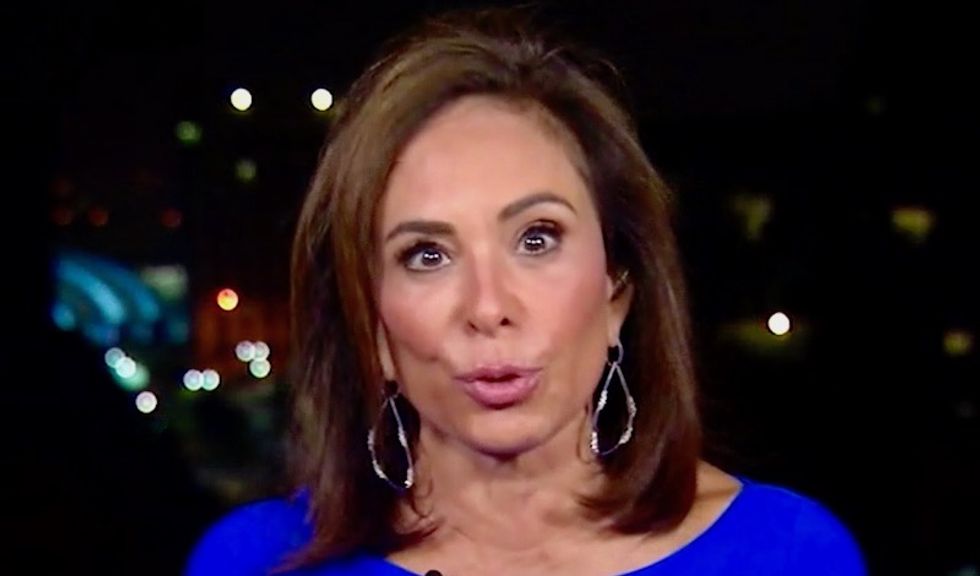 Judge Jeanine Pirro is on location in Jerusalem tonight, where the United States will open a new embassy tomorrow.

The move from Tel Aviv to the city Israel claims as its capital is seen as a provocation to Palestinians. Tel Aviv has long been the internationally agreed upon capital of the Jewish state, with Jerusalem being considered neutral territory between Jewish Israelis and the Palestinian people who also claim it.

Other presidents have announced that they planned to move the embassy but didn't—Trump shocked many by following through.

Pirro's bonkers rant on the subject included many extreme statements, such as making broad declaration about Shiites and Sunnis.

The move, she said, "Sent a huge signal to Iran, and Shiite Muslims, that we stood with the more moderate Sunnis." (ISIS and Al Qaida are both Sunni; there has never been a major terrorist attack on the United States led by a Shiite group.)

And then she got Biblical.

"Jerusalem is the one and only capital of Israel," she said. "By Trump putting his impermada on what has been history for the last 3,000 years—and that's it has been the people's capital of one people's country or one kingdom. That people is the Jews and that country is Israel."

She said that Israel is the foundation of our Judeo-Christian nation.

"Donald Trump recognized history, he like King Cyrus before him, fulfilled the Biblical prophecy of the God worshipped by Jews, Christians and, yes, Muslims, that Jerusalem is the eternal capital of the Jewish state and that the Jewish people finally deserve a righteous, free and sovereign Israel."