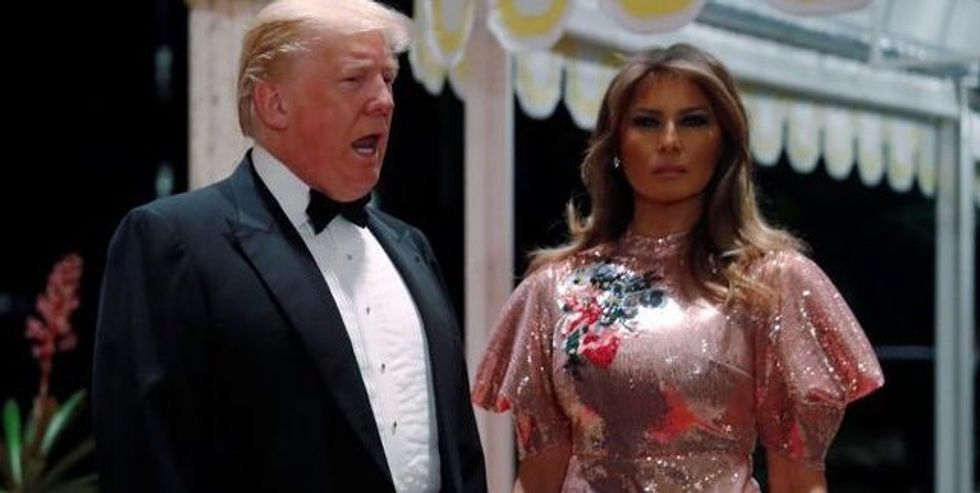 Some suspiciously similar phrasing is raising some eyebrows about whether President Donald Trump is writing tweets on behalf of his wife.

"The corrupt Mainstream Media is working overtime not to mention the infiltration of people, Spies (Informants), into my campaign!" Trump wrote on Thursday, rehashing his baseless claim that former President Barack Obama implanted a "spy" in his campaign.

A tweet from Melania Trump on Wednesday, meanwhile, read, "I see the media is working overtime speculating where I am & what I'm doing."

Some media reports have been questioning Melania Trump's whereabouts, as she hasn't made a public appearance of any kind for the past three weeks.

Check out both tweets below. 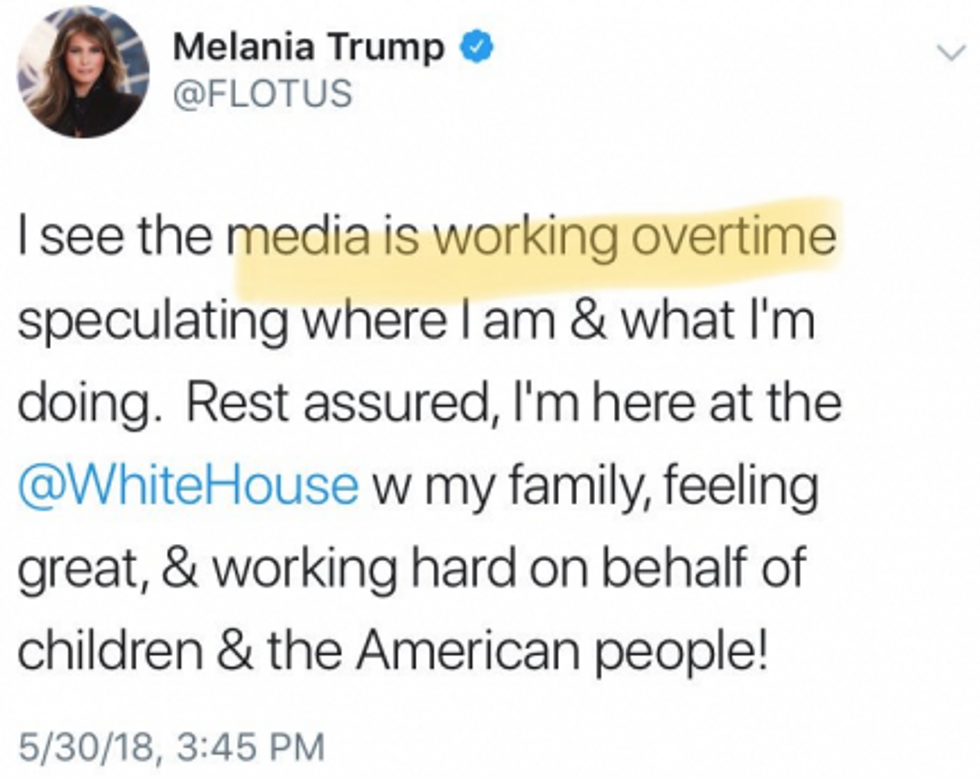 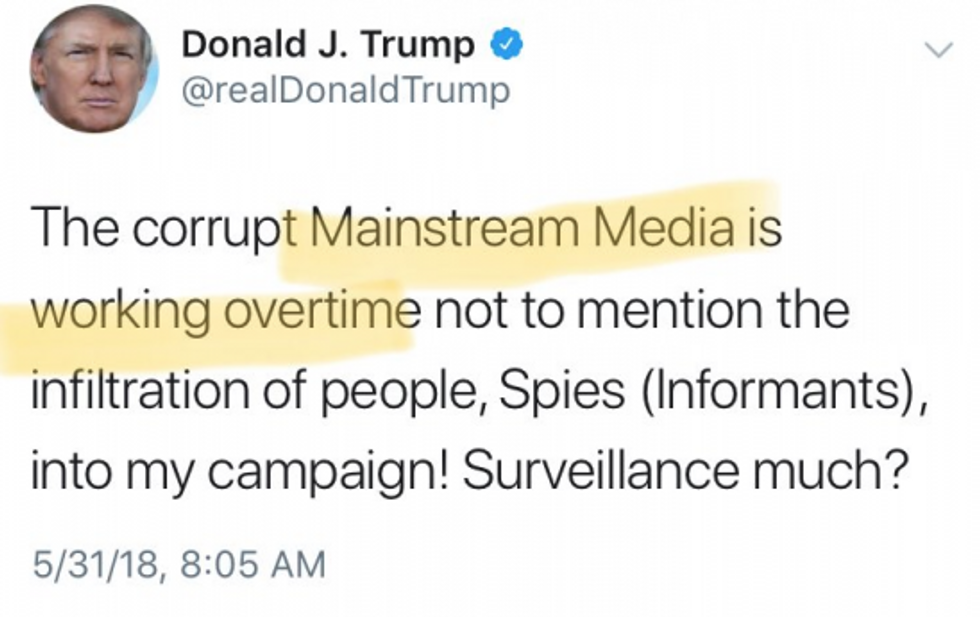