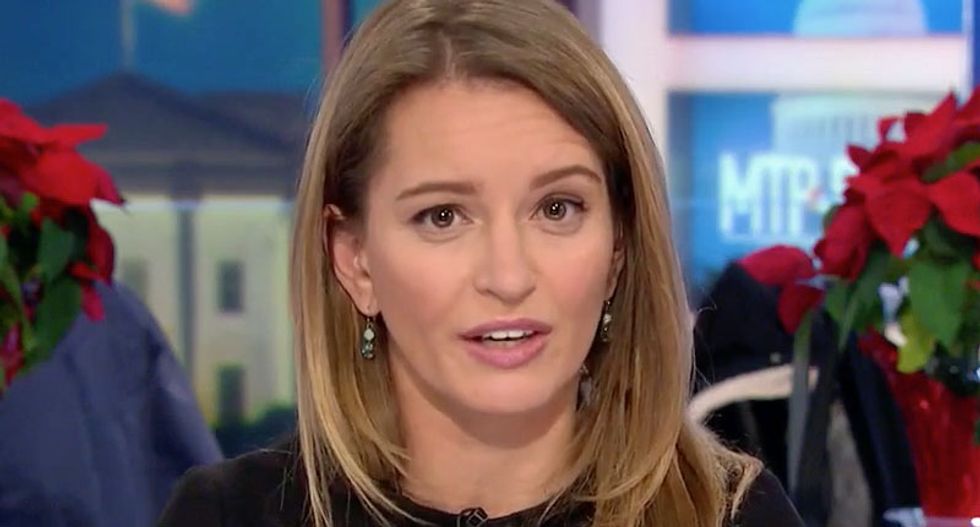 MSNBC's Katy Tur reminded viewers that it's been nearly a week since Kelly Salger, special assistant to President Trump made disgraceful remarks about Sen. John McCain, and yet there has been no public apology.

Tur pointed out that the lack of sensitivity in the White House is indicative of a bigger problem in Trump's America.

"From what I’ve seen the past two and a half years on the campaign trail up until now, if there’s one thing that’s really suffered because of Donald Trump’s candidacy and now his presidency is decency,” Tur said.

Before going into her interview with Peter Alexander, she paused and reflected on the campaign trail.

“I saw men wearing shirts that said Hillary Clinton is a c-word. I heard a man yell ‘assassinate that b,’ but the actual word on Hillary Clinton in the middle of a Donald Trump rally and nobody looked at that man and ‘Hey, maybe that’s a little too much,” Tur said.

Tur said that no matter the politics  decency has clearly been lost.

"Decency has been lost with Donald Trump’s ascension." Tur said. "He's been going after John McCain for some time... and this is a man who is dying of cancer."