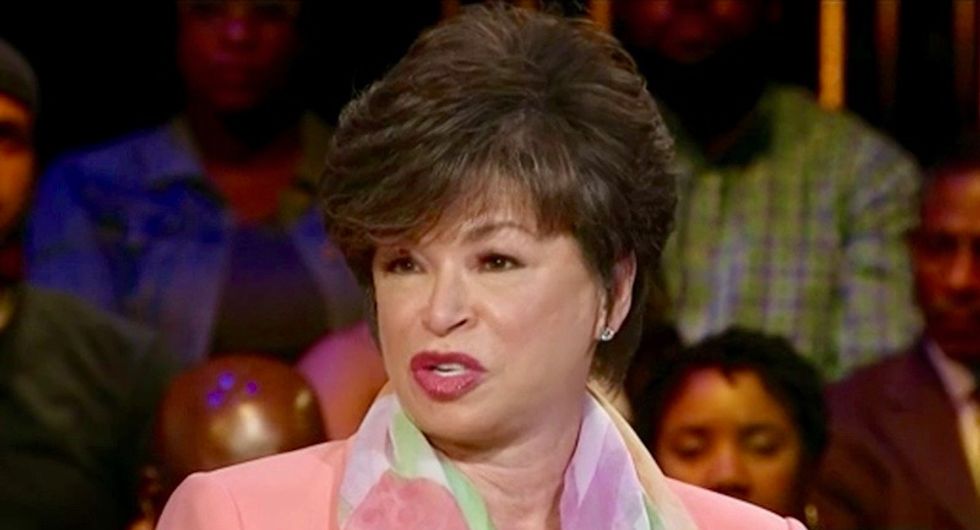 The full clip of her appearance has not yet been shown, but host Nicolle Wallace did air an exclusive clip from the segment this afternoon.

In the clip, Jarret took a page out of Michelle Obama's playbook and took the high road.

"Tone does start at the top and we like to look up to our president and feel as though he reflects the values of our country," she said. "It's up to all of us to push back, our government is only going to be as good as we make it to be."