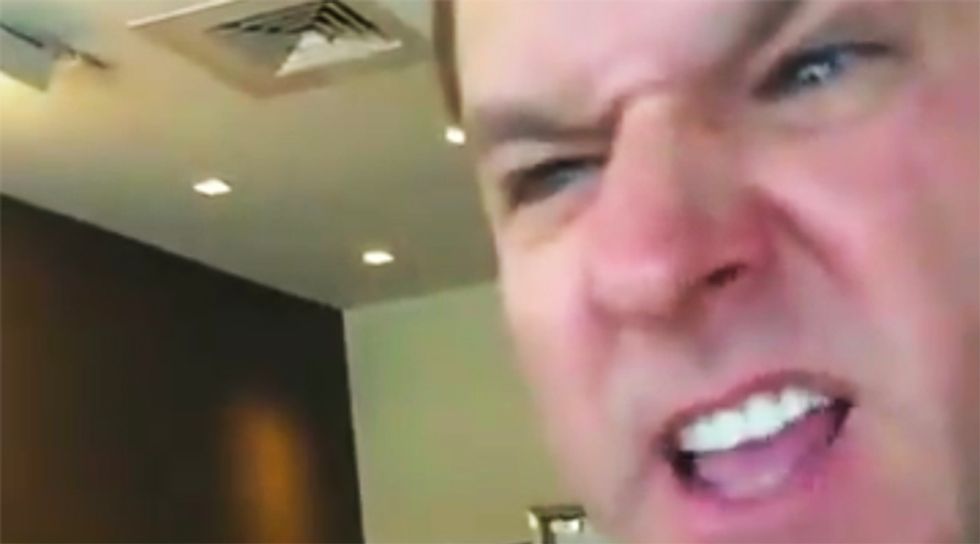 In a video uploaded to Twitter by journalist C.J. Werleman, a Muslim woman films a white man harassing her in line at a California coffee shop, with the man telling her he doesn't like her religion because "[I]t says to kill me and I don’t want to be killed by you."

In the clip, the unidentified woman and the man spar after he mocks her niqab that covers her face, asking her if it is "Halloween."

Asking him why he said it, he shot back, "Why wouldn't I?"

She then asked if he knew she was a Muslim to which he replied that he did before adding, "I don't like it, how's that? I don't like your religion. It says to kill me and I don't want to be killed by you. How's that?"

As they two proceed to battle over what is in the Quran and the Bible, another customer across the room interjects, calling the man a "f*cking racist," and they engage a expletive filled shouting match.

With the man shoving the camera out of the way, saying he doesn't want to deal with "idiots," we then see him ask for the manager's name as the barista asks him to leave.

Pressed by the Muslim woman about why the man was booted from the coffee shop, the employee behind the counter explains, "He was disrupting a public place and being very racist."

Watch the video below uploaded to Twitter by @cjwerleman

"I know your religion and I don't want to be killed by you."

This took place at a cafe in California yesterday. pic.twitter.com/4WAWKcQDh8