Bill Maher doubles-down on wish for recession to smash Trumpism: 'Another recession is coming -- and not because I'm rooting for it' 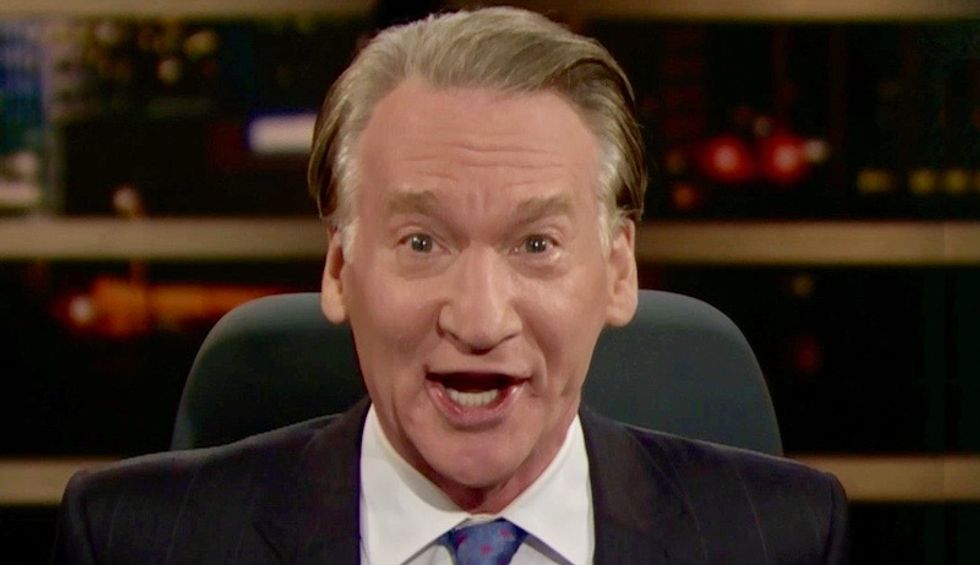 “By the way, I’m hoping for it because one way you get rid of Trump is a crashing economy. So please, bring on the recession,” Maher said. “Sorry if that hurts people but it’s either root for a recession or you lose your democracy….I feel like the bottom has to fall out at some point.”

The right wing lost its mind, proclaiming that the liberal host "cruel" and "ill-informed."

On Friday night, Maher doubled down.

"A recession is a survivable event," he said. "What Trump is doing to this country is not. Democracy is about to go the way of the dinosaur because we've been taken over by a Dodo bird. So let me repeat: recessions are survivable events. We survive one every time a Republican is in the White House."

Maher then gave a history of American economics and explained that the United States has had 47 of recessions. Since the Great Depression we've never gone more than a decade without one.

"Another recession is coming," he said. "And not because I'm rooting for it, but because someone passed a giant tax giveaway to the rich that added trillions to the debt, and started a trade war for no reason, and deliberately sabotaged the Affordable Care Act and rolled back the rules for banks so they can once-again gamble with out money."