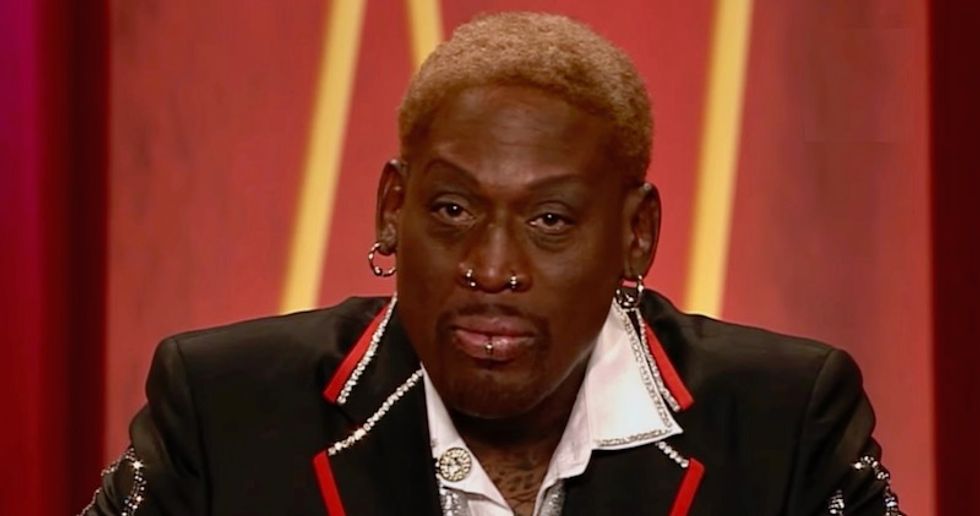 The NBA Hall Of Famer known for his outlandish clothing and oddball personality has made several visits to the Hermit Kingdom, and claimed some credit for thawing relations.

Now, there's news that Rodman will arrive in Singapore a day before the June 12 summit and may even have a role in the negotiations.

“No matter what you might think about his presence. One thing’s for sure the ratings will be huge,” a source told a Post reporter. “A lot of times in situations that involve complex diplomacy countries like to identify ambassadors of goodwill and whether you agree with it or not Dennis Rodman fits the bill.”

On his last visit, Rodman gave dictator Kim Jong-un a copy of Trump's book The Art Of The Deal, which he said led to a mutual understanding.

"Donald Trump and Kim Jong-un are pretty much the same,” Rodman said at the time.