WATCH: Elizabeth Warren fights back tears describing what she saw at Trump's detention center in Texas 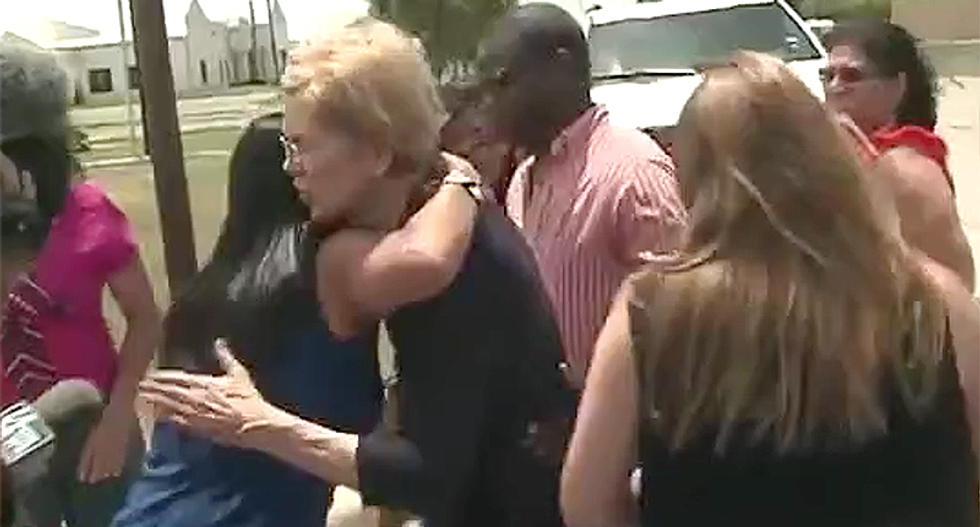 Sen. Elizabeth Warren (D-MA) is typically filled with passion and fire. She's known for ranting against income inequality and crushing President Donald Trump with her words. Sunday, a different Warren emerged from the "processing center" for migrants in McAllen, Texas.

"It's a disturbing picture," she said, visibly shaken. "There are children by themselves. I saw a six-month-old baby, little girls, little boys. There are mothers with their babies and with small children."

It was at that point Warren's voice began to tremble. She described family units together with children that were very small and allowed to stay with their families but girls that were as old as 12 didn't necessarily have that guarantee.

"And they're all on the concrete floors in cages," she described. "There's just no other way to describe it. They're big, chain link cages on cold concrete floors and metal blankets handed out to people. People are all just waiting and frightened."

Watch Warren's full description of the facility she saw below: